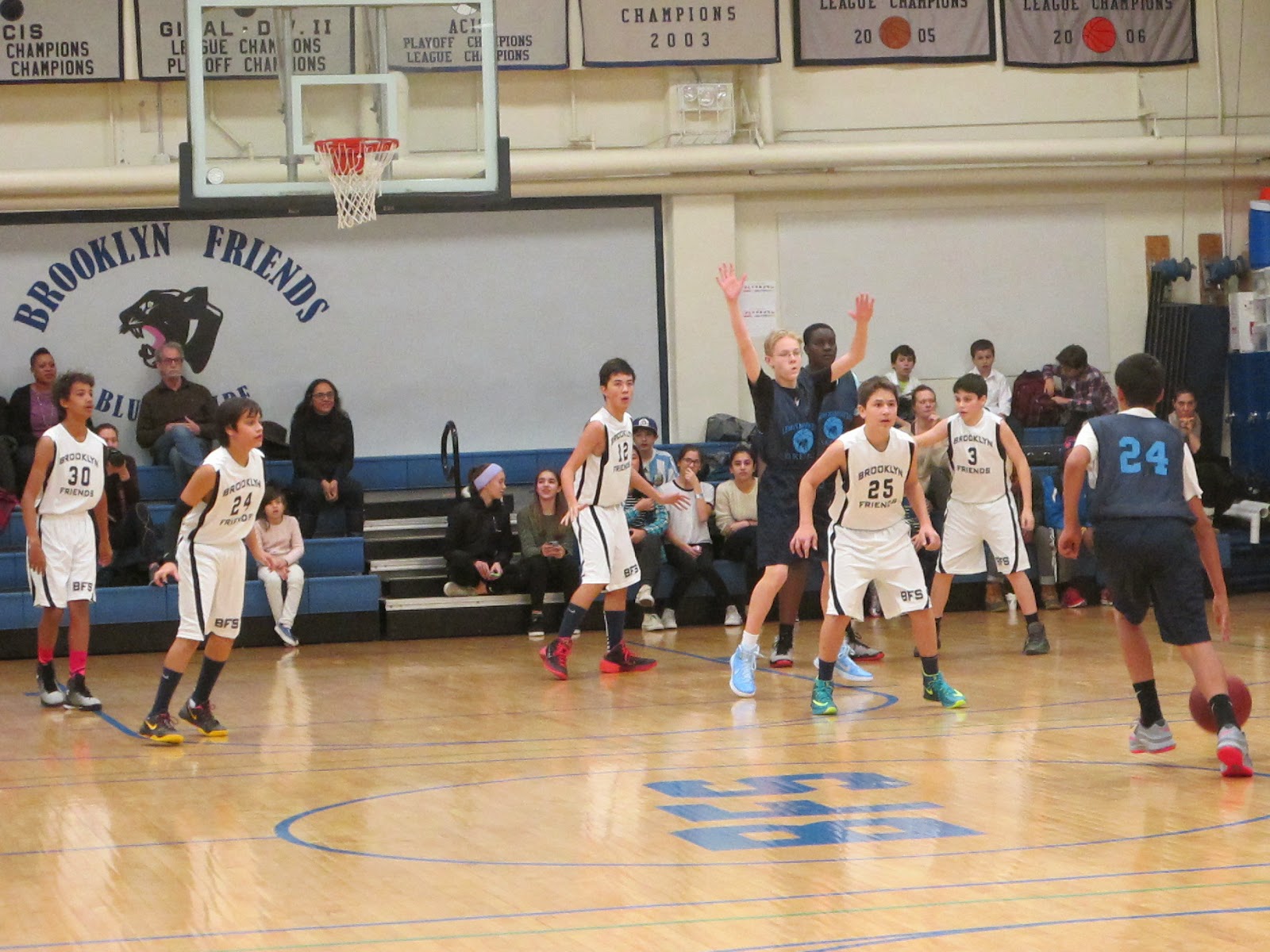 On Monday the BFS MS Boys Basketball Team defeated Friends Seminary 48-45 on the road. The team notched their second win of the season against the fellow Quaker School in dramatic fashion with the three point victory. The team was led offensively by eighth grader Kwesi C-S with 13 points. Kwesi also helped out on the boards with 13 rebounds but was second on the team in the category as fellow eighth grader Luca J. pulled down a career high and team best 15 rebounds to go along with his 6 points. Seventh grader Ty S. once again came off the bench to provide big minutes scoring 7 points, picking up 2 assists, and gabbing a rebound. Through the first four games Ty leads the team in scoring at just under 8 points per game. Nearly everyone who played scored. Cailean M. (8th) had 5 pts., Miles J-P (8th), Lewis and Ryan (7th) had 4 pts., and Daniel D. (8th) chipped in with three pts.. Aja M. (7th) had two points while grabbing 9 rebounds. The trio of Aja, Kwesi and Luca accounted for 37 of the team’s 41 rebounds.  Blue Pride Runs Deep, Friends Forever!! 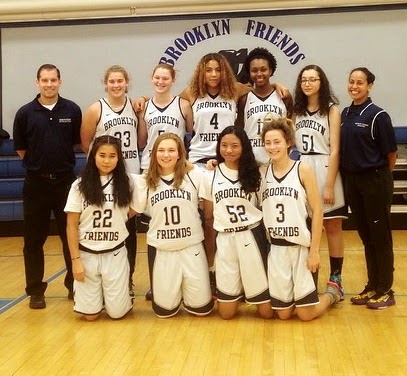 On Tuesday the BFS Girls Varsity Basketball Team defeated Mary McDowell 35-16 in the lower gym. It was a real team effort. Nine out of ten BFS Players scored, and everyone contributed to the victory. It was areal balanced attack.  Senior Julia B., junior Abby M., sophomore Ivy L., and freshman Manya C. (career high) each had 6 points for BFS. Sophomore Taty R. knocked down a sweet three pointer during the third quarter. Senior Maret S-M, junior Charlotte S., and sophomores Silvely A. and Monet M. each had a basket for BFS. Junior Xianna Q. led the team with 6 rebounds playing her best game of the season. The team improved its overall record to 6-3 and is now 5-0 in ISAL League play. Next up for BFS is a game against fellow Friends School, Friends Seminary on Thursday at BFS. Come out and support the team. Blue Pride!! 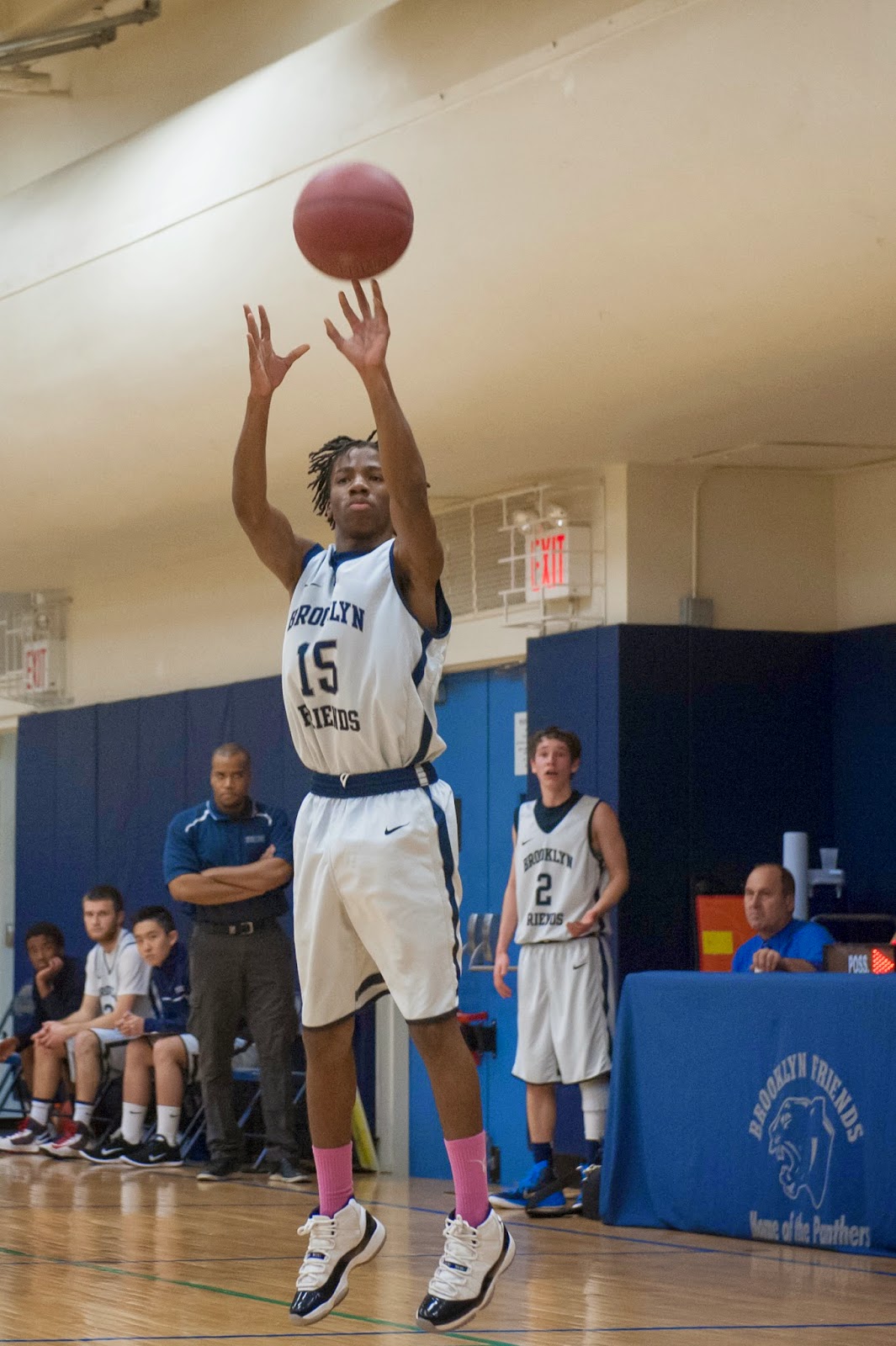 The BFS Boys Varsity Basketball Team defeated Mary McDowell 69-39 at Basketball City. It was an impressive victory for the Panthers. Thanks tot he 5 players that were available for this game (Quran, Brendan, Charlie, Tyler, and Lucas). Even with the team severely shorthanded, the varsity team played extremely well on both offense and defense. It is a big win for the varsity squad as it puts them at 5-1 in the ISAL league. Junior guard Quran D. scored 35 points, had 13 assists, and picked up 7 steals. Sophomore guard Brendan G. scored 13 points all coming in the 1st quarter. Sophomore Charlie S., and junior Tyler V. each scored 9 points.  And senior Lucas M. knocked down a three pointer for BFS. The team improved to 7-4 overall. Blue Pride!! 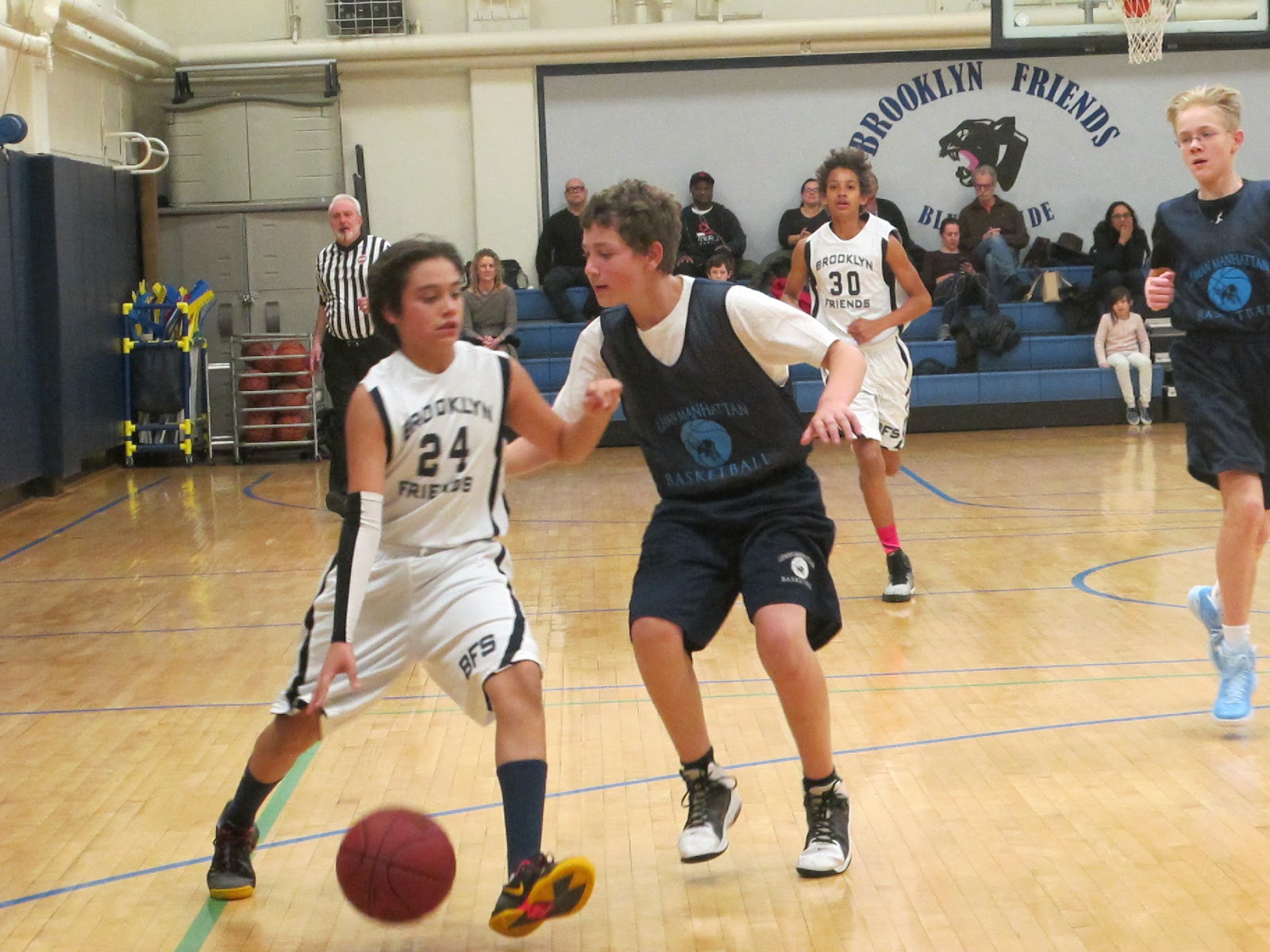 On Wednesday the BFS MS Boys Basketball Team defeated St. Ann’s 43-28 in the lower gym. It was their last game before heading into winter break. The team was once again lead by seventh graderTy S. who came off the bench to score 16 points, grabbed 3 rebounds and dish out 2 assists. The rebounding was once again led by the trio of Kwesi C-S, Luca J. and Aja M. The trio combined for 30 rebounds, with Kwesi leading the way with a career and season tying best 15 boards. One of the real stars of the game was seventh grader Lewis W. who came off the bench to provide a boost in the second quarter where he scored all six of his points. The team is looking forward to opening up their league schedule in January. 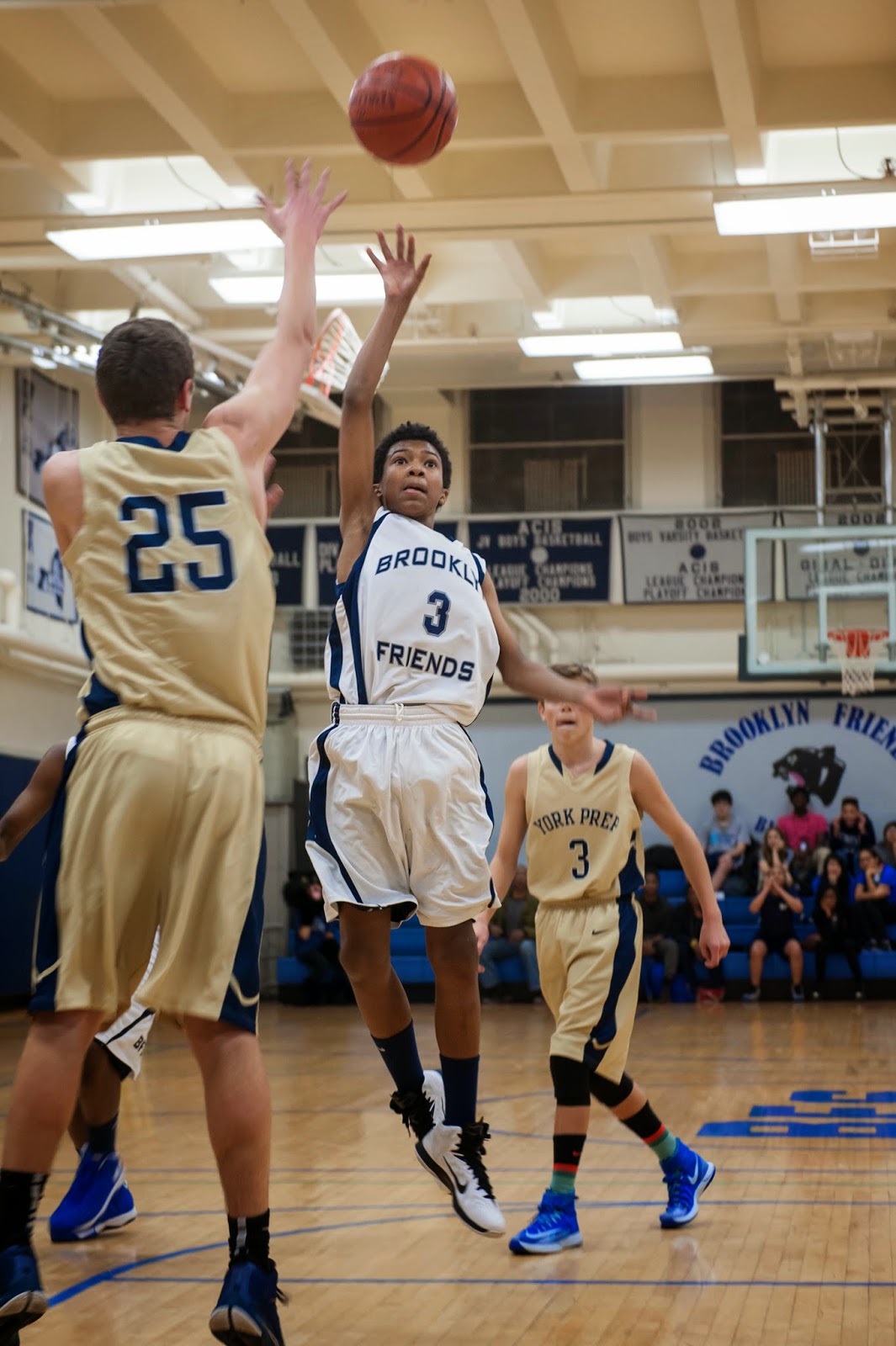 The BFS Boys JV Basketball Team defeated FASNY 41-16 in the lower gym. Miles B. led the team with 17 points. Sophomore Maalik D. finished the game with 6 points, 7 rebounds, and 4 blocks. The game was won on the defensive end with first year player Ernest M. leading the team with 5 steals, while adding 9 boards and chipping in with 4 points. Honorable Mentions: Henry J., Henry K., and Emmitt S. The team is now 6-0 in ISAL league play (7-4 overall). 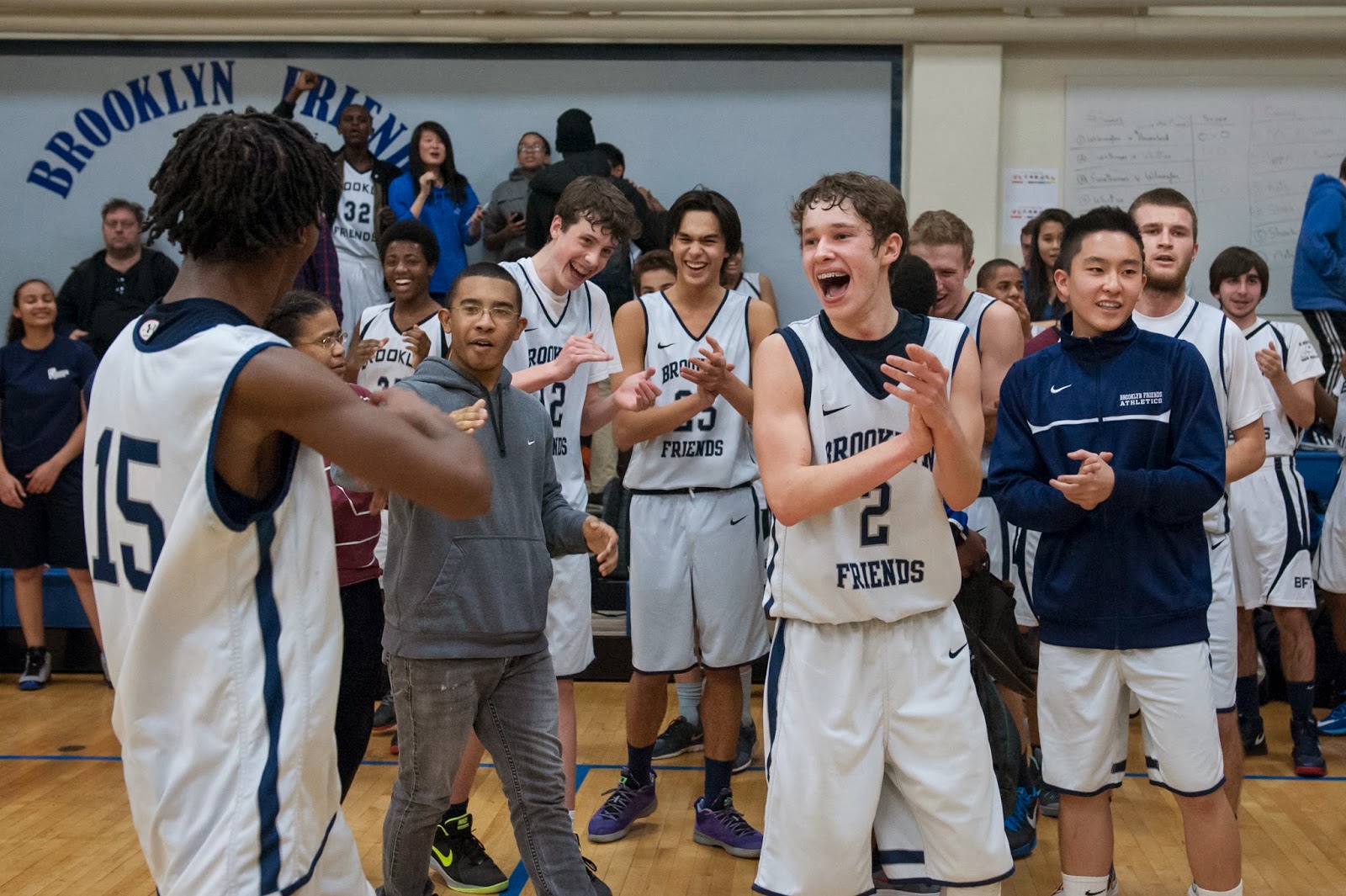 On Thursday the BFS Boys Varsity Basketball Team traveled to Westchester and defeated FASNY 62-59 in a thriller. It was a back and forth game, the largest lead for both teams was seven. Both teams were scoring the ball, hitting an array of tough shots and maintaining good offensive execution. During the 4th quarter with 3:37 remaining, FASNY was up 55-48. But then the Blue Panthers put up an impressive 10-0 run to take the lead.
After junior guard Quran D., hit both free throws to give the team a 3 point lead, FASNY had one last chance to tie the game but it was blocked by fellow junior Tyler V., securing the thrilling victory! Junior guard Quran D., scored 27 points, had 7 assists, grabbed 4 rebounds and picked up 4 steals. Sophomore guard Brendan G., scored 11 points and had 4 rebounds. Both Charlie S., and Adam W., scored 7 points each. Tyler V., scored 2 points but applied good defensive pressure on the perimeter and senior Lucas M. also scored 2 points and was able to pull down 8 rebounds. With the win, the varsity team is now 6-1 in the ISAL league and 8-4 overall. Blue Pride!!