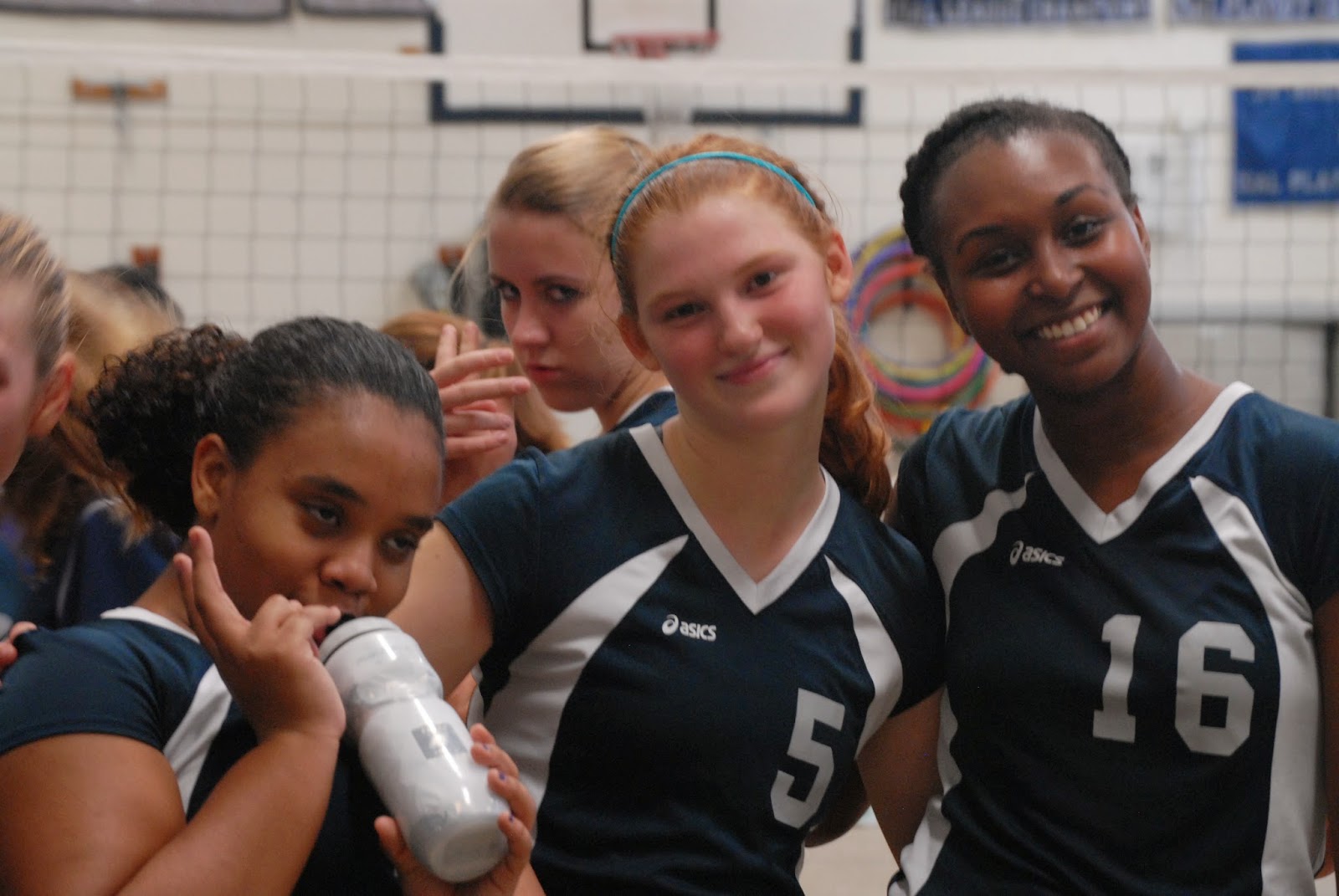 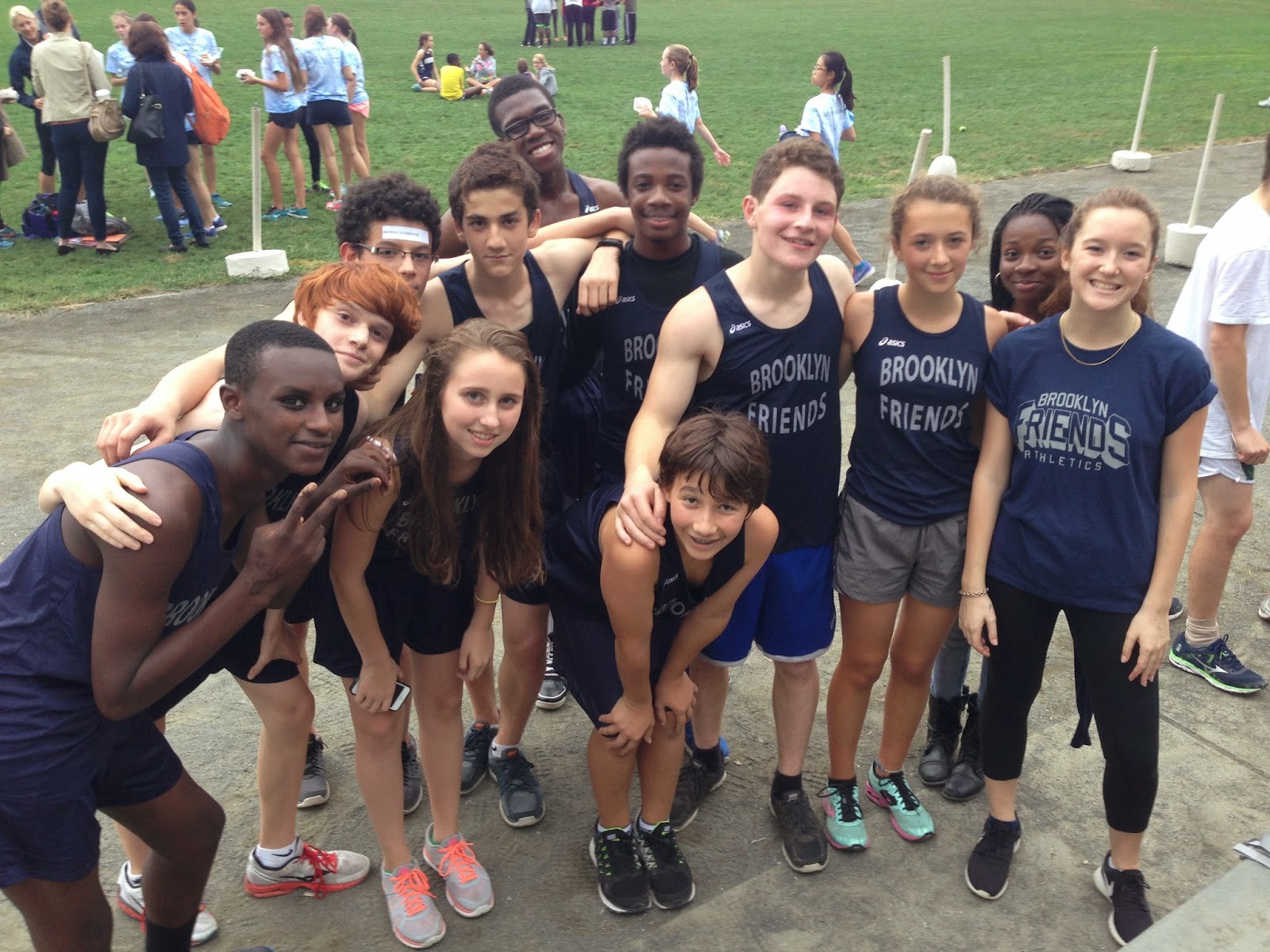 On Wednesday the BFS MS/US Boys & Girls Cross Country Team participated in an ACIS League Meet at Van Cortlandt Park. It was an exciting event. Miles N. did an outstanding job representing our school and placed 13th overall out of 50 runners with a time of 21:34. He was pleased with his race and had over a one minute improvement from last year at this race. On the girls side, Maya K. placed 9th overall out of 29 runners. She was a little disappointed with her race and felt she could have done better. But we were happy with her results. Maya B. learned from her first race last week and finished the race today in 21st place. She was pleased with her finish. The team finished the meet just in time to beat the rain. All in all it was a great day at the races…. 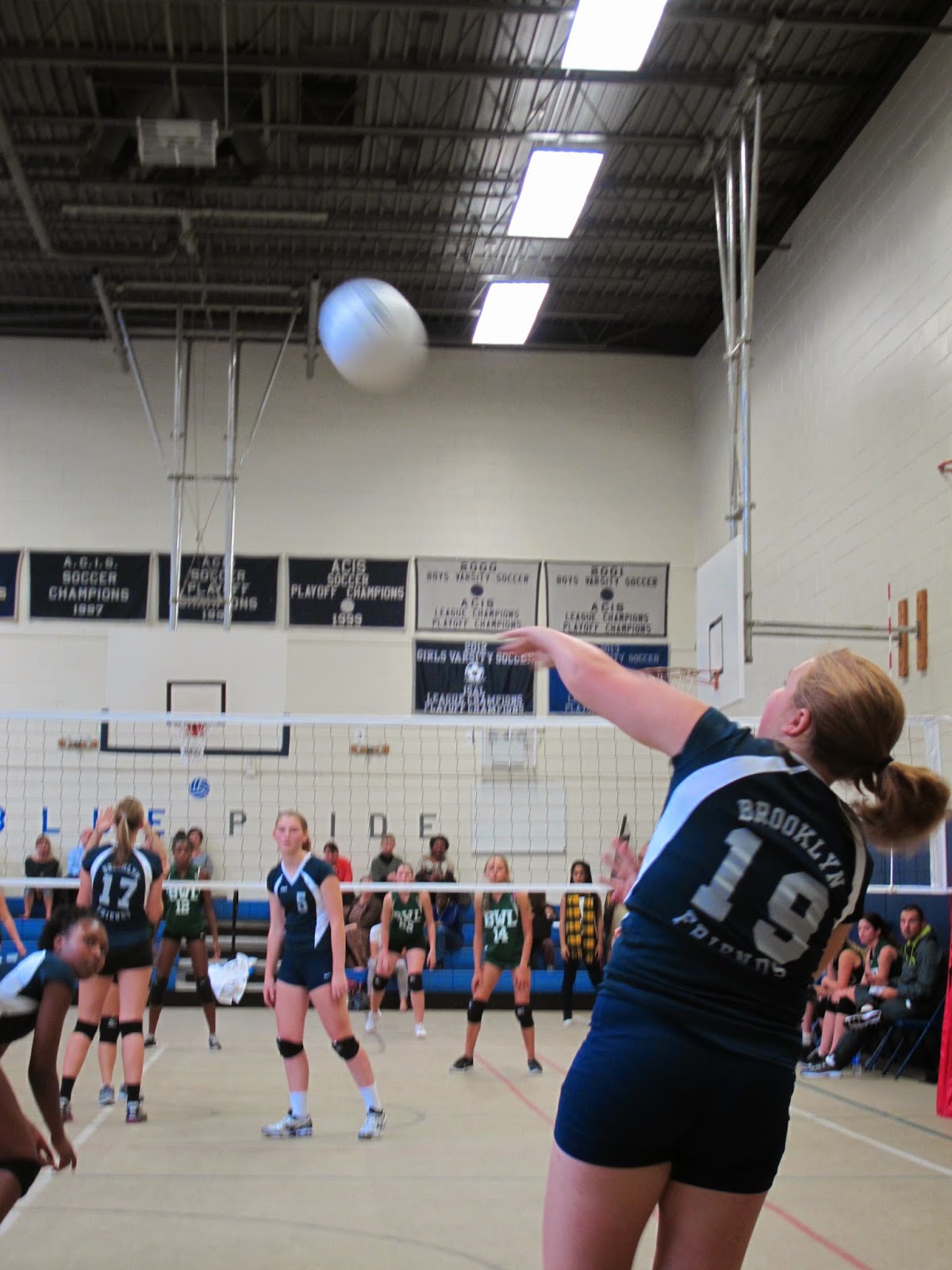 The BFS Girls Varsity Volleyball Team defeated Bay Ridge Prep 3-0 (25-12, 25-9, 25-4) in the upper gym. The match was a great test for our teams focus and transitional game. Our girls played inconsistently throughout the match, but understood that we needed to stay focused and committed in order to control the pace and the outcome of the match. Even though the flow of the match was slow, we took care of the ball and served well to keep the pressure on. This match completed our ISAL regular season, where we finished undefeated with an 8-0 record. The playoffs should provide a great challenge, since only the top teams advance…Blue Pride!! 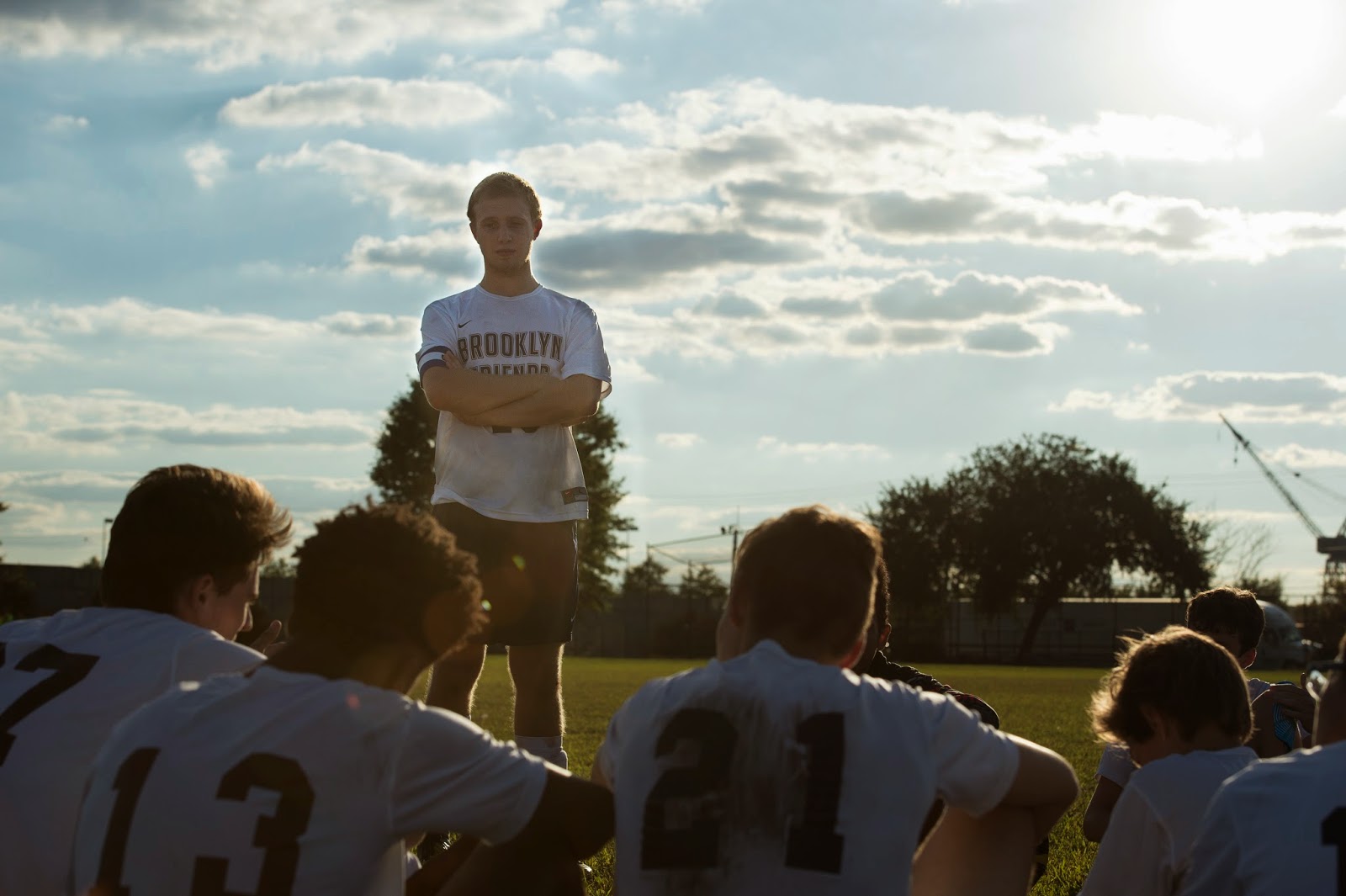 The BFS Boys Varsity Soccer Team defeated Garden School via forfeit (1-0) as Garden went to the wrong field and was not able to get to the right field in time to play the game. The two schools will look at possibly rescheduling the game but due to the fact that the game was confirmed on numerous occasions and that the regular season is basically over the chance of this game being played are extremely slim. Not how we want to pick up the win but there is not much we can do at this point in the season.

On Thursday the BFS MS Boys Soccer Team defeated Garden 4-1 down at Red Hook. The team bounced back after yesterday’s defeat. BFS started in explosive fashion, opening the scoring after only two minutes in. Shamshad A. was on hand to slot in a loose ball in the Garden penalty area. BFS were 2-0 up on 6 minutes. Coby W. intercepted the ball in midfield and beat a defender before producing a classy finish to give BFS complete control. In the 10th minute Adrian R. was on hand to score his first goal of the season. Miles J-P produced an excellent run and shot that hit the post, and Adrian R. reacted quickly to score the rebound. BFS extended the lead to 4-0 on the stroke of halftime. Gabe D. collected a Shamshad A. pass and scored to continue his excellent goal-scoring form. The second half was more evenly balanced between the two teams. Miles J-P. scored the goal of the game by firing in an unstoppable shot ofter an excellent run and cross by Thomas L-H. Garden scored a late consolation goal, but BFS ended up as worthy winners. 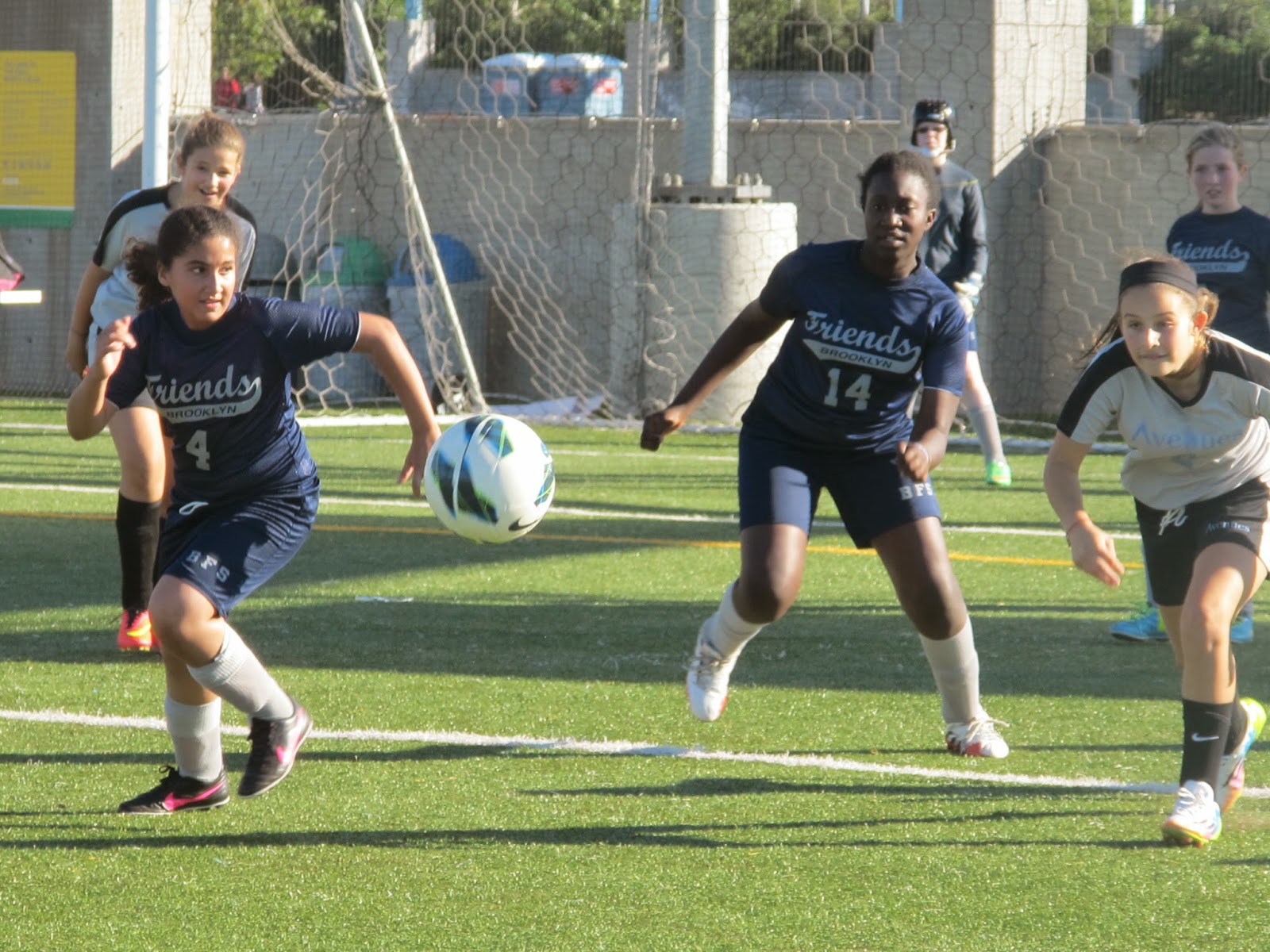 The BFS MS Girls Soccer Team played to a 1-1 tie versus Avenues down at Red Hook field. The game was very competitive and even though BFS was down a goal at halftime they never gave up. Our goalkeeper Nora S., had an incredible game with well over 10 crucial saves. Willa S. came through with the equalizer late in the game after she was able to break away from three Avenue defenders.  Way to go team!  Blue Pride!! 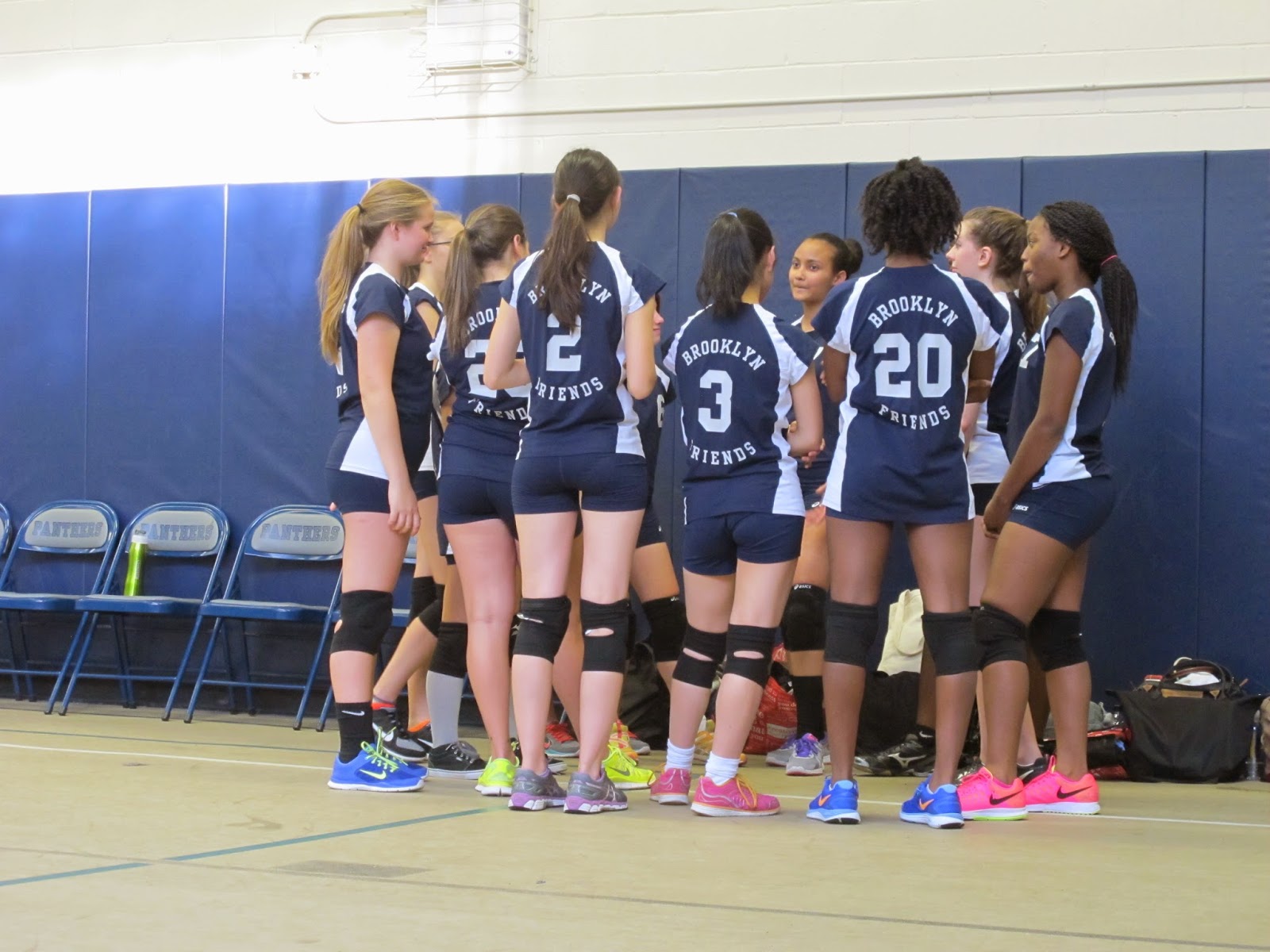 The BFS Girls JV Volleyball Team defeated Dwight on the road 2-1 (14-25, 25-16, 25-15). The victory earned the team the ISAL regular season championship with a 6 – 0 undefeated record!
The Panthers were tense in the first set, somewhat thrown off their game playing in a new venue with a lower ceiling than they were used to. The team regrouped between the first two sets and came out in set two serving and passing with much more confidence. This positive momentum carried into the third set and secured BFS the win!! Anna F. served nine consecutive points in the second set and Nia L. served twelve winners between the second and third set. Blue Pride! 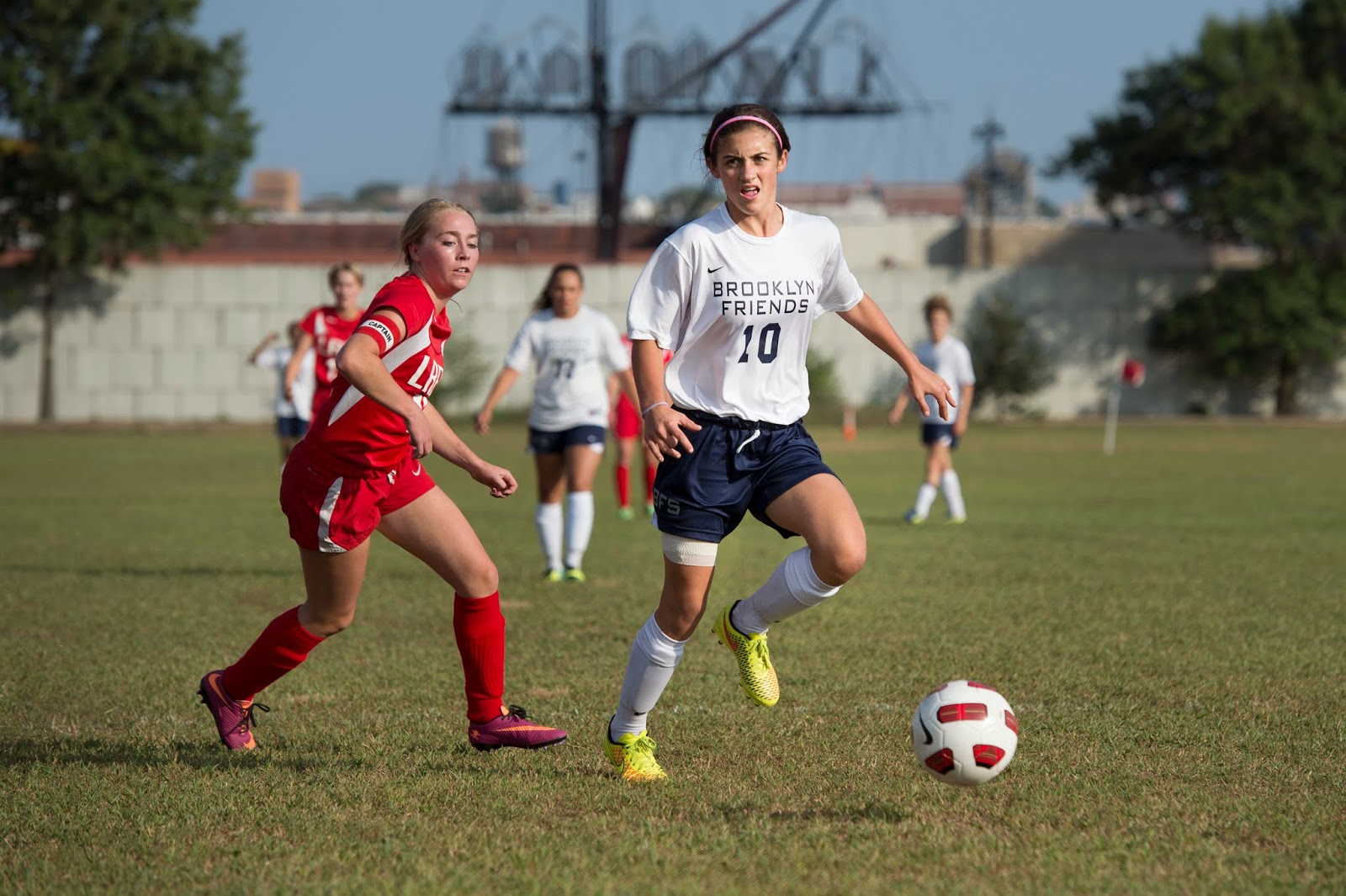 The BFS Girls Varsity Soccer Team defeated Grace Church 7-1 on the road. Devon.O scored a hat trick to help get the team back to its winning ways in their last regular season game of 2014. Sophomore Halima M. scored her 98th and 99th HS career goals, which leaves her with only one goal to score to reach 100! Other goals came from Naya C. and Niamh H. wrapped up the high-scoring game. The team now head into ISAL Playoff action next week. 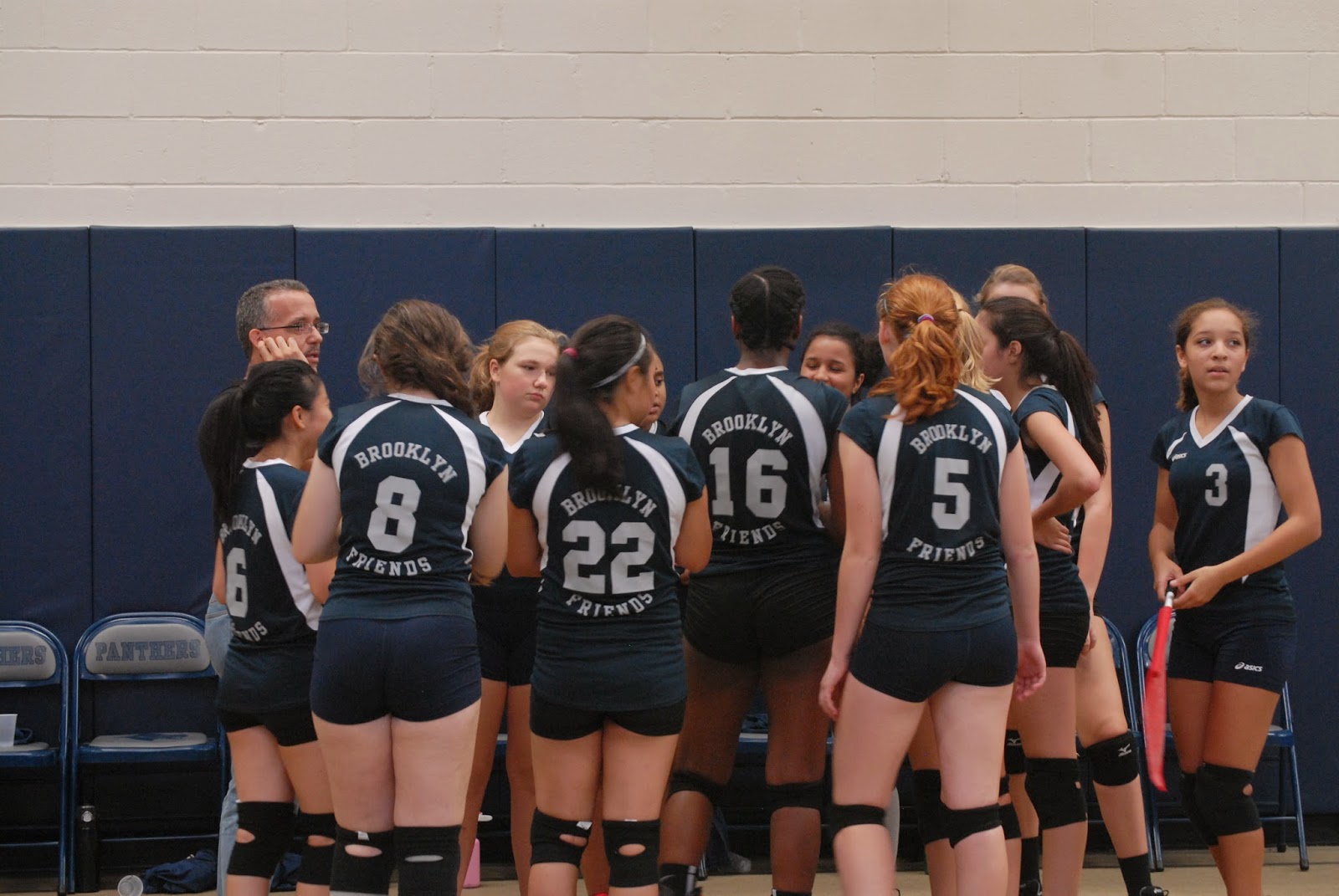 On Friday the BFS Girls Varsity Volleyball Team defeated Lehman Prep 3-0 (25-12, 25-21, 25-14) at St. Francis College. Today was a great end to the regular season. The played a very competitive team, and had to dig deep in order to come out on top. The team started each set a little inconsistently, and had to play hard in order to recover, and overcome the challenge. As each set progressed, our team focused on the ball, played consistently, and served aggressively to put pressure on the opponent. This was a great test for us, in preparation for the playoffs. The team understands what we need to do in order to play our best. Blue Pride!! 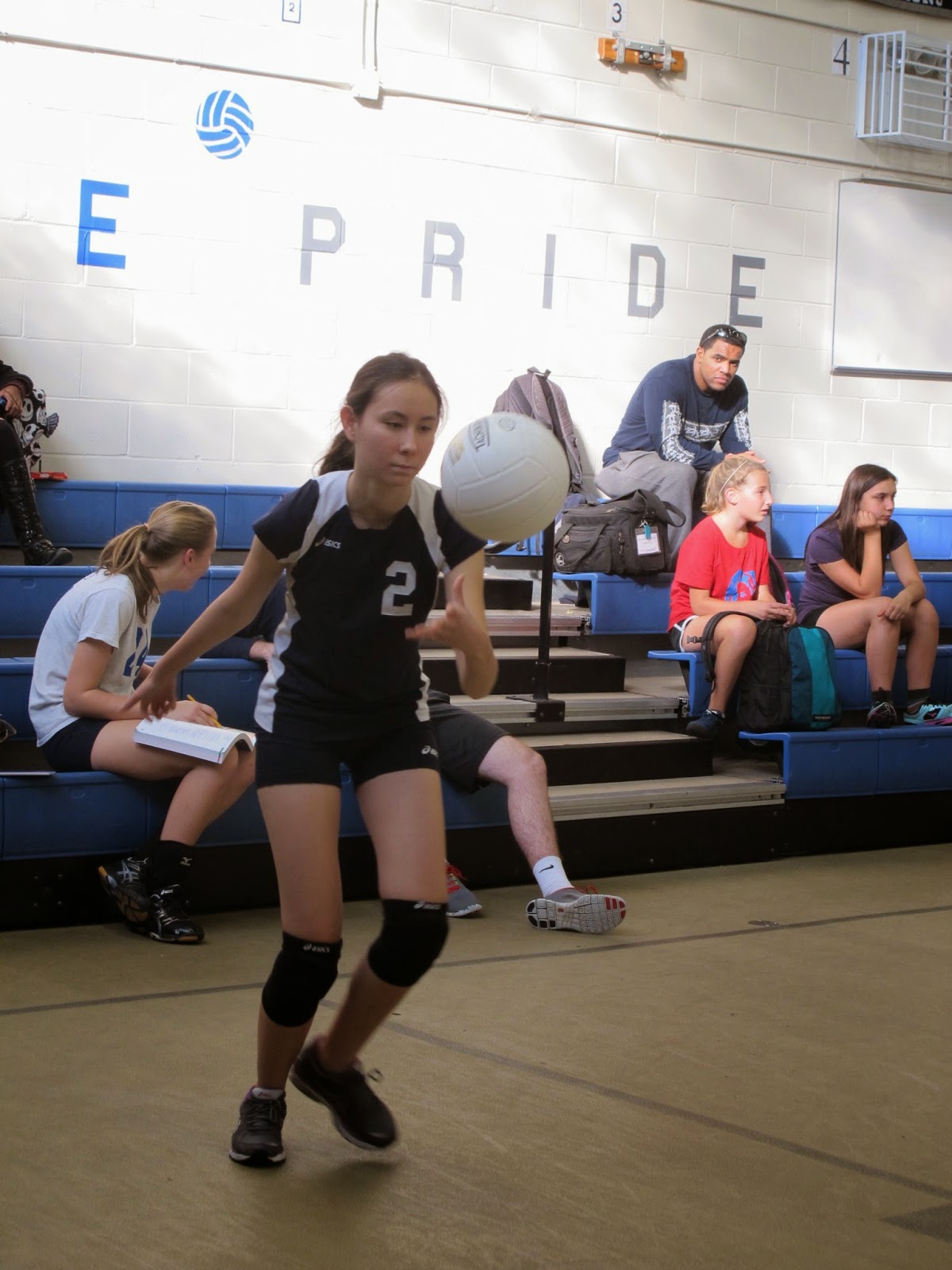 The BFS Girls JV Volleyball Team defeated Lehman Prep 2-0 (25-22, 25-19) on the road. The team earned the win in our last regular season match. This was “icing on the cake” in a season with only one league loss and an overall league record of 10 – 1 (ACIS & ISAL). All of our players contributed to this win against our downtown Manhattan opponent. See you in the playoffs!! 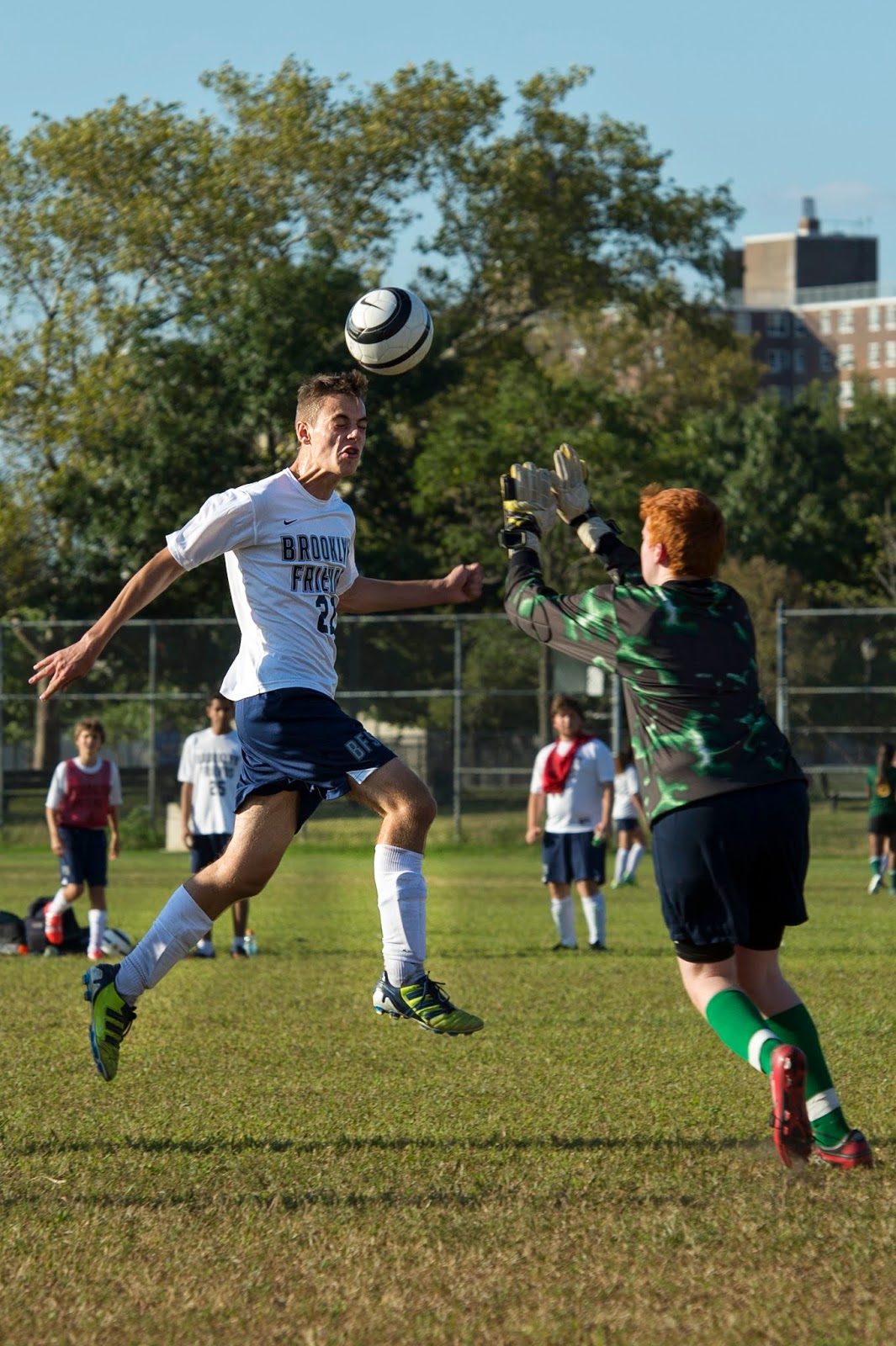 The BFS Boys Varsity Soccer Team defeated Lehman Prep 6-0 down at Red Hook.  The win clinched first place in the AICS B Division. The team started the game off very well by keeping possession of the ball and creating a catalog of chances. But with all the chances, the Panthers found it difficult to get one past the Lehman goal keeper. After a 0-0 halftime score, the Panthers got their break thanks to senior Lucas M. He picked the ball up close midway through the Lehman half, took on four defenders before smashing a shot with his left foot into the upper 90 to cap off a fantastic individual run. Henry K. scored his first goal of the game eight minutes later that was assisted by Lucas M. Henry K. added to his tally after being taken down in the box for a penalty kick only five minutes after scoring his first. Three minutes later, Colin P., finally got himself a goal from a corner kick after perfectly flighted ball played by Charlie S.. In the sixty-eighth minute, Henry K. completed his first career hat-trick as a Panther after being played through by Quran D. Senior Goalkeeper Thomas C. was subbed out of goal and placed out on the field in the seventy-first minute. It didn’t take Chamberlain long to get himself on the score-sheet when he volleyed in a pass from Charlie H. in the seventy-sixth minute. With all the good, there was one sour moment during the game. Junior Noah W. picked up what seemed to be a serious knee injury in the second half of play. Noah W. has played a huge role in the Panthers success this season. Contributing with 6 goals (2nd on team) and 4 assists (2nd on team). With the playoffs coming up Noah will be sorely missed. We all wish him a swift and healthy recovery.  On to the playoffs….