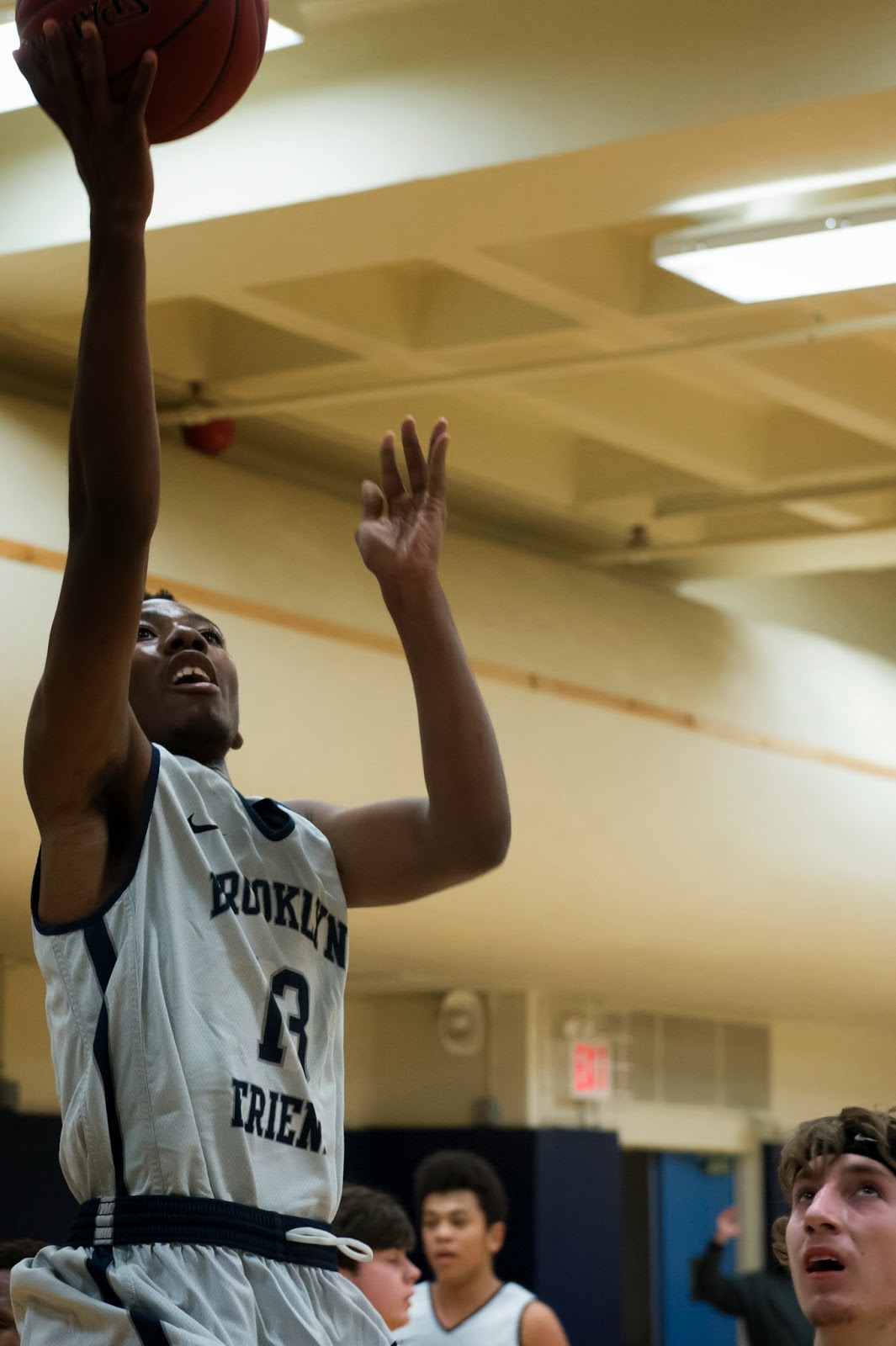 On Monday the BFS Boys Varsity Basketball team defeated Packer 62-46.  The Panthers traveled a couple blocks away to play local rival Packer in their second meeting
of the season but unlike the previous meeting, Brooklyn Friends was
able to win in convincing fashion.  After
the first quarter, Packer led 10-6, but from the 2nd quarter on, BFS
was able to make their run led by seniors Adam G. and Nathan J. who scored 19 and 17 points respectfully.  Adam made four three pointers.  Sophomore point guard Quran D., exploded in the 2nd half and finished with 19 points.  Other
notables were junior Jumoke M-T with 5 steals, freshman Phil C., and junior Adam W., both had 7
rebounds each and freshman guard Brendan G. chipped in with 3 assists.  Blue Pride!! 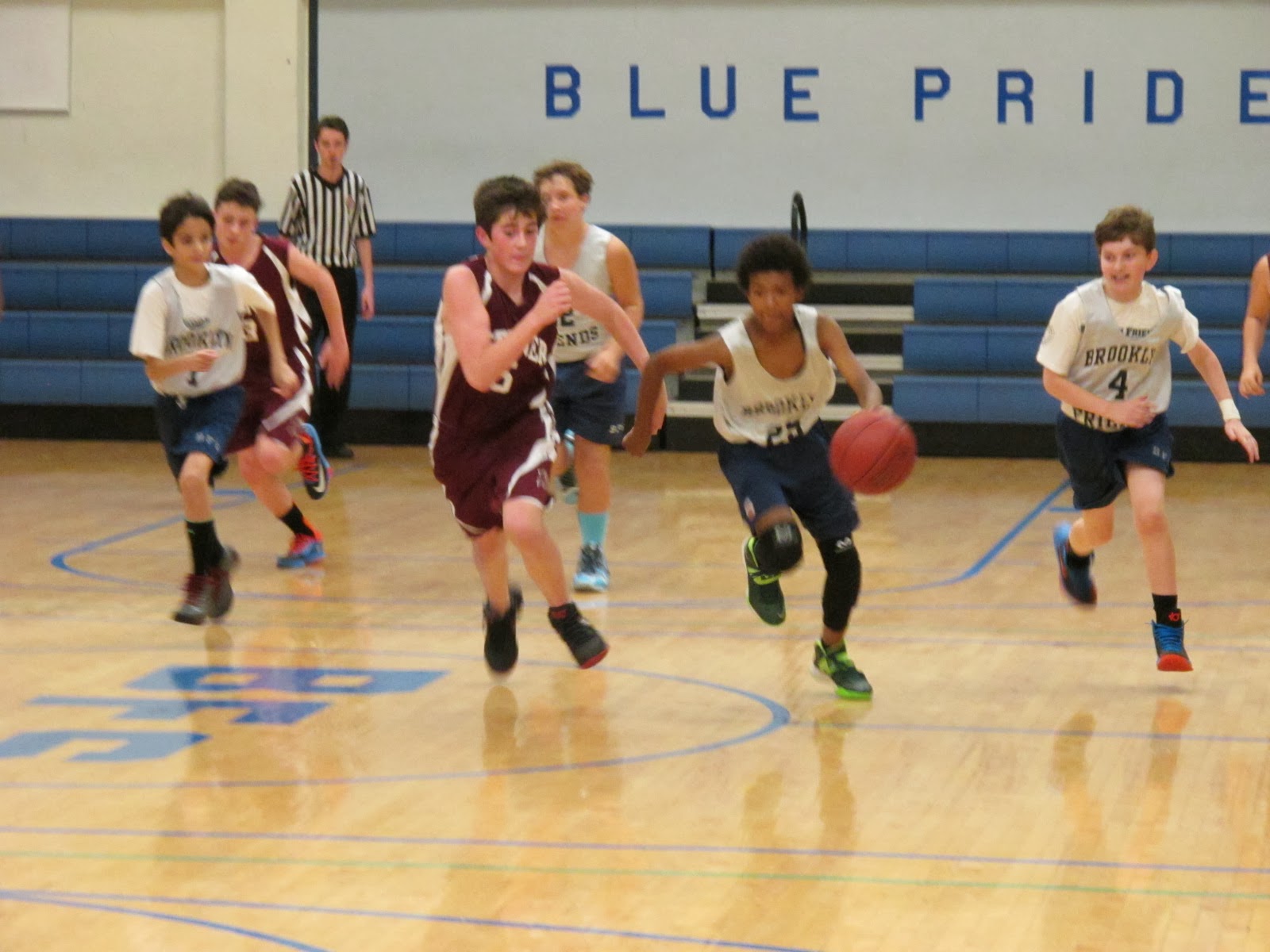 The teams dynamic duo power assisted the Panthers with their third straight
league win and fifth overall win of the season. The one-two punch of seventh graders Miles B. and Chris K. scored a total of 49 of the teams 53 points in route to a 13 point victory
over their opponent.  The win brings the
Panther’s record to 5 wins with just 2 losses, 3-0 in the ISAL league
and 5-0 at home.  The 27 points by Miles marks the 7th straight game that
he has led the team in scoring as he leads the team in scoring at 23.3
points per game.  The 22 by Chris is a new career high and marks the
first time he has eclipsed the 20 point plateau this season.  Next up for the boys is an away game versus Dwight where they try to notch their first road win of the season.  Blue Pride!! 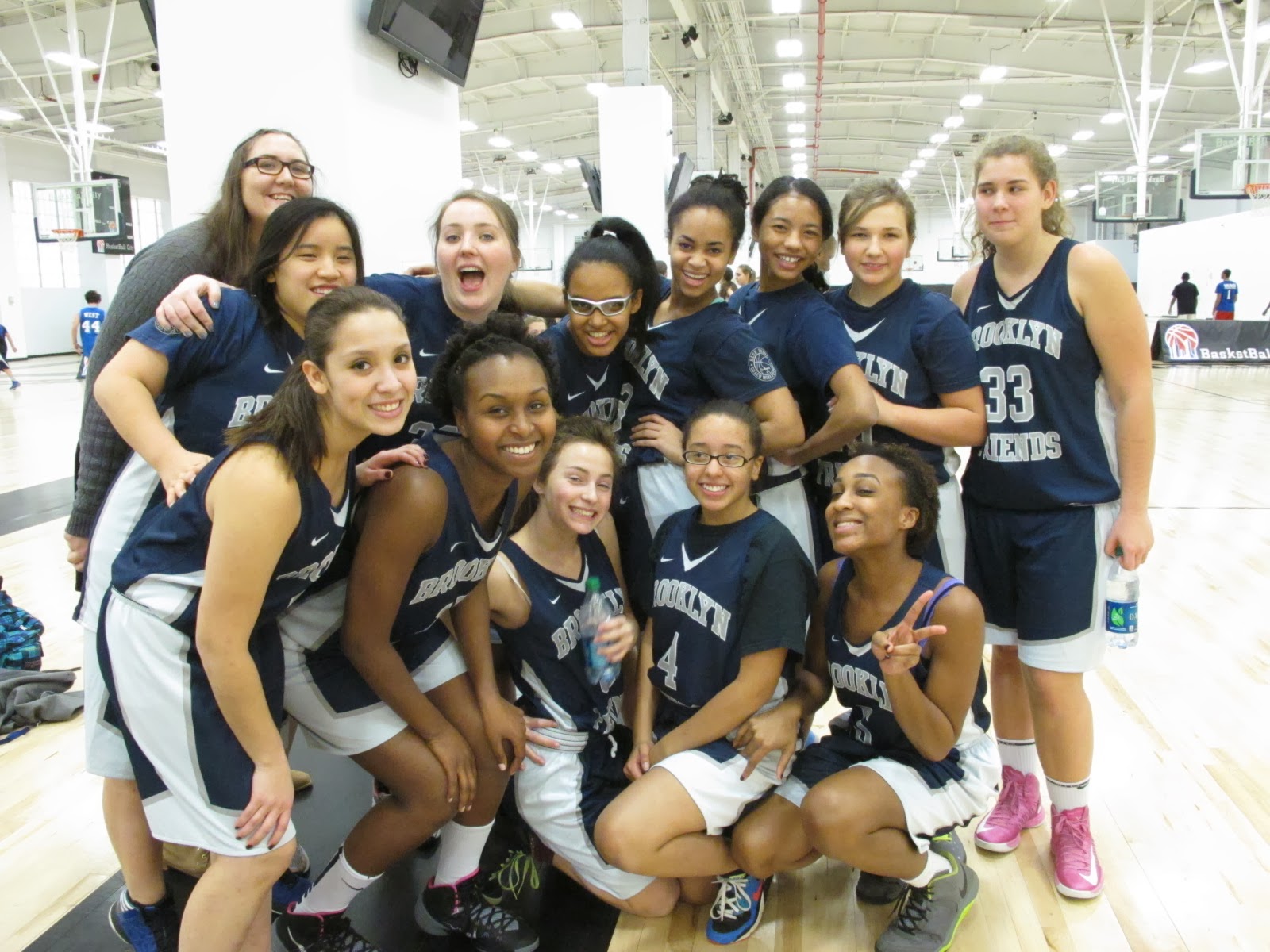 On Wednesday the BFS Girls Varsity Basketball team defeated Birch Wathen Lenox 22-14 at Basketball City.  The team traveled to the city hoping to get back on track after losing a tough home game the day before.  BFS had its full squad and their opponent happened to be short handed.  Both teams got off to a slow start, but BFS took an early lead.  At halftime BFS was in control.  They worked on some different things throughout the game trying a new inbound play, rotating point guards, and making numerous substitutions to get everyone fully involved.  After three quarters of play BFS had a comfortable 20-6 lead.  They decided to try one more new thing, person to person defense.  It was interesting to see how the team handled it.  They have played person to person defense on a few occasions and possessions during the season, but this time they committed almost 6 straight minutes to this type of defense.  BWL fought back and made a nice run to close it to 6 points, but freshman Ivy L. knocked down a key elbow jumper (nothing but net) on an assist from her teammate sophomore Taty R.  All and all it was a good experience for the team.  With three game this week this game gave us a chance to rest a couple of players and try a few new things.  Five players scored for BFS, senior Julia G. (who had to leave at halftime) finished with 7 points, including a nice three pointer from her favorite spot, the top of the key.  Junior Julia B. also finished with 7 points and grabbed 7 rebounds in limited action.  Sophomore Abby M. was aggressive early and had 4 points, while junior Julia C. and freshman Ivy L. each chipped in with 2 points.  The team finds themselves in the middle of the pack fighting for a playoff spot.  They are currently 6-3 in ISAL league play (8-5 overall).  They have some big games coming up before they finish the season against the two strongest league teams.  Next game Friday.  Blue Pride!! 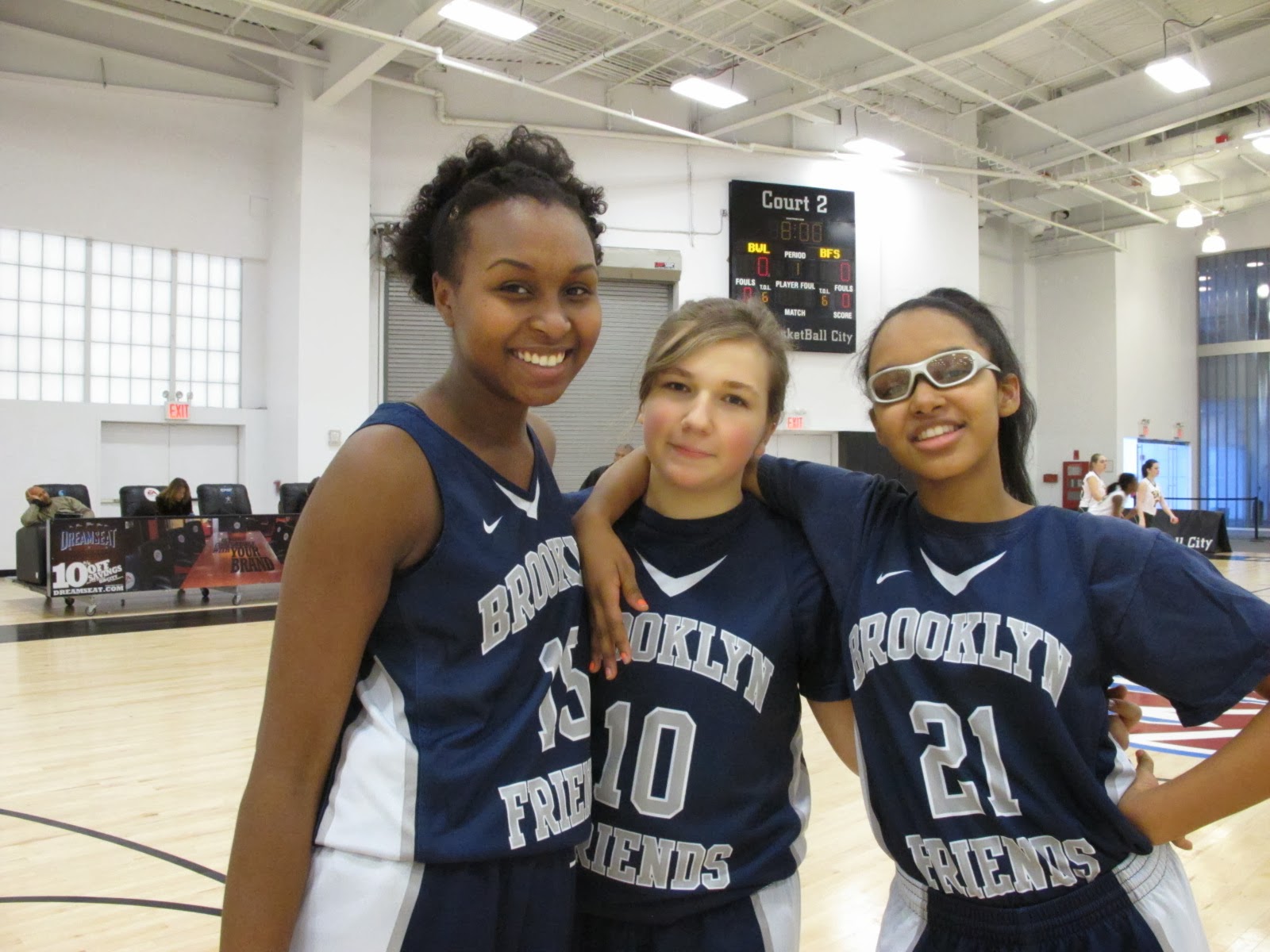 On Friday the BFS Girls Varsity Basketball team defeated Garden 36-27 on the road.  The team improved to 9-5 overall, 7-3 in league play.  We are currently in fourth place as we work towards securing a playoff spot.  The team played an overall solid game.  All ten players contributed.  The girls get off to a great start scoring 16 points in the first quarter.  The ball moved freely.  They led 16-7 after one quarter of play.  Junior Julia B. had six points, freshman Ivy L. had four points, junior Julia C. had three points, and senior Julia G. knocked down one of her trademark three pointers from the top of the key.  The team struggled slightly in the second quarter scoring only two points. The team managed to maintain a 18-16 lead going into the half.  Garden come out aggressive on offense moving the ball all around.  They started the second half just like the first knocking down a three pointer, this one gave them their first lead at 19-18 since the early 3-0 lead.  BFS regrouped and got going again.  Julia B. scored another six points during the third quarter, while Julia G. had a driving lay up and Julia C. and Chloe each made a nice mid range jumper.  BFS found themselves up 30 -21 after three quarters of action.  Both teams continued to move the ball and play hard during the final quarter.  BFS held on for their second league victory of the week.  Julia B. finished with a game high 14 points and 14 rebounds (6 offensive).  Ivy played one of her best games of the season and finished with 6 points, 2 rebounds, and 2 assists.  Julia G. and Julia C. had solid games finishing 5 points each.  Seniors Chloe B. and Aria each played well and had a basket.  Chloe had 5 rebounds and 2 assists, while Aria finished with 4 boards.  Sophomore Abby M. did a little of everything as she handled the ball, played out on the wing, set up in the high post, as well as worked down low on offense.  She had 2 points and 9 rebounds.  Sophomore Sierra V. played solid defense and brought some much needed energy.  Senior Sarah M. handled the ball, played out on the wing, as well as worked the middle.  The team goes into the long weekend in good shape.  They will next take the court on Tuesday in early road match up versus league rival Churchill.  Blue Pride!! 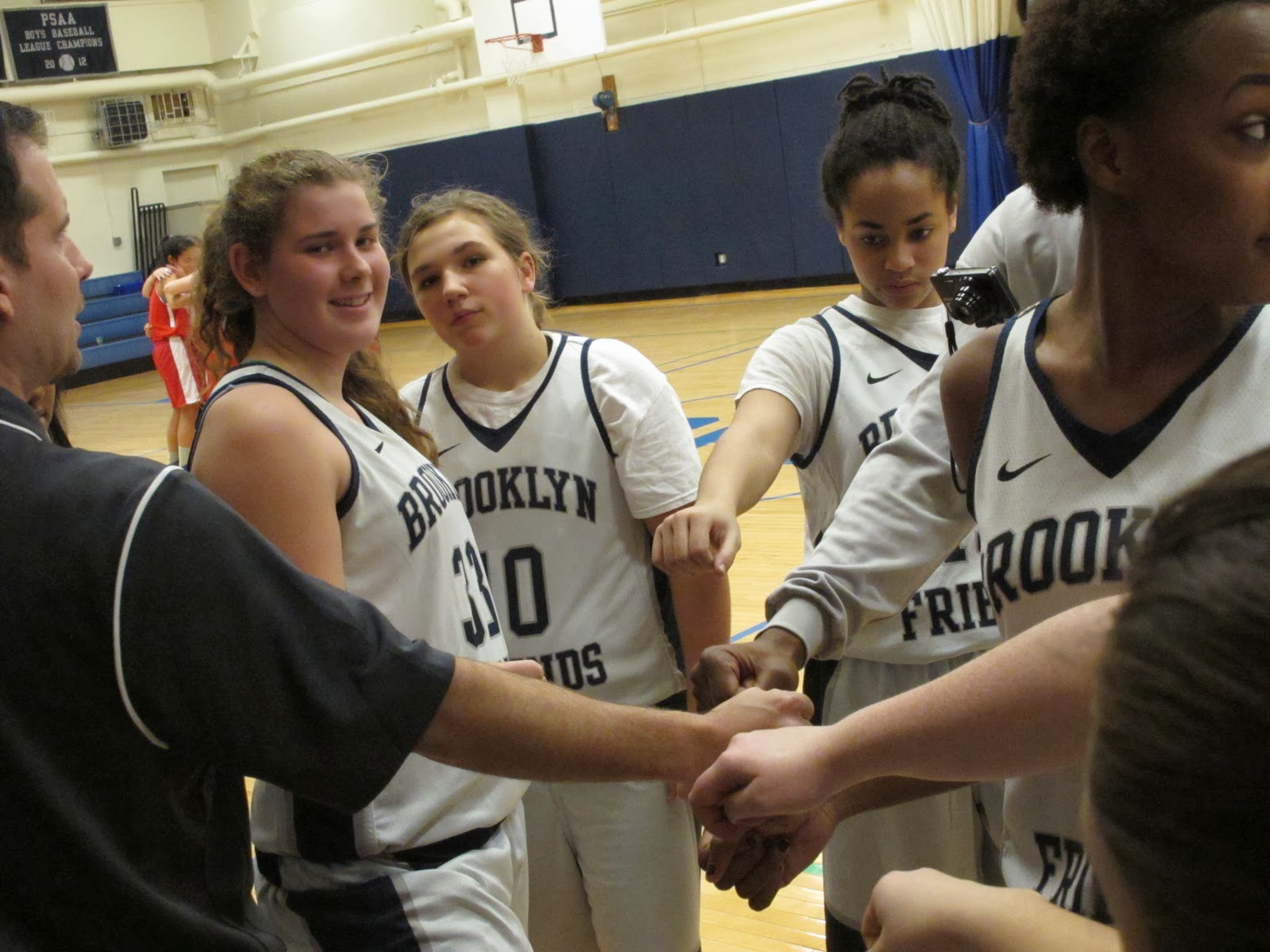