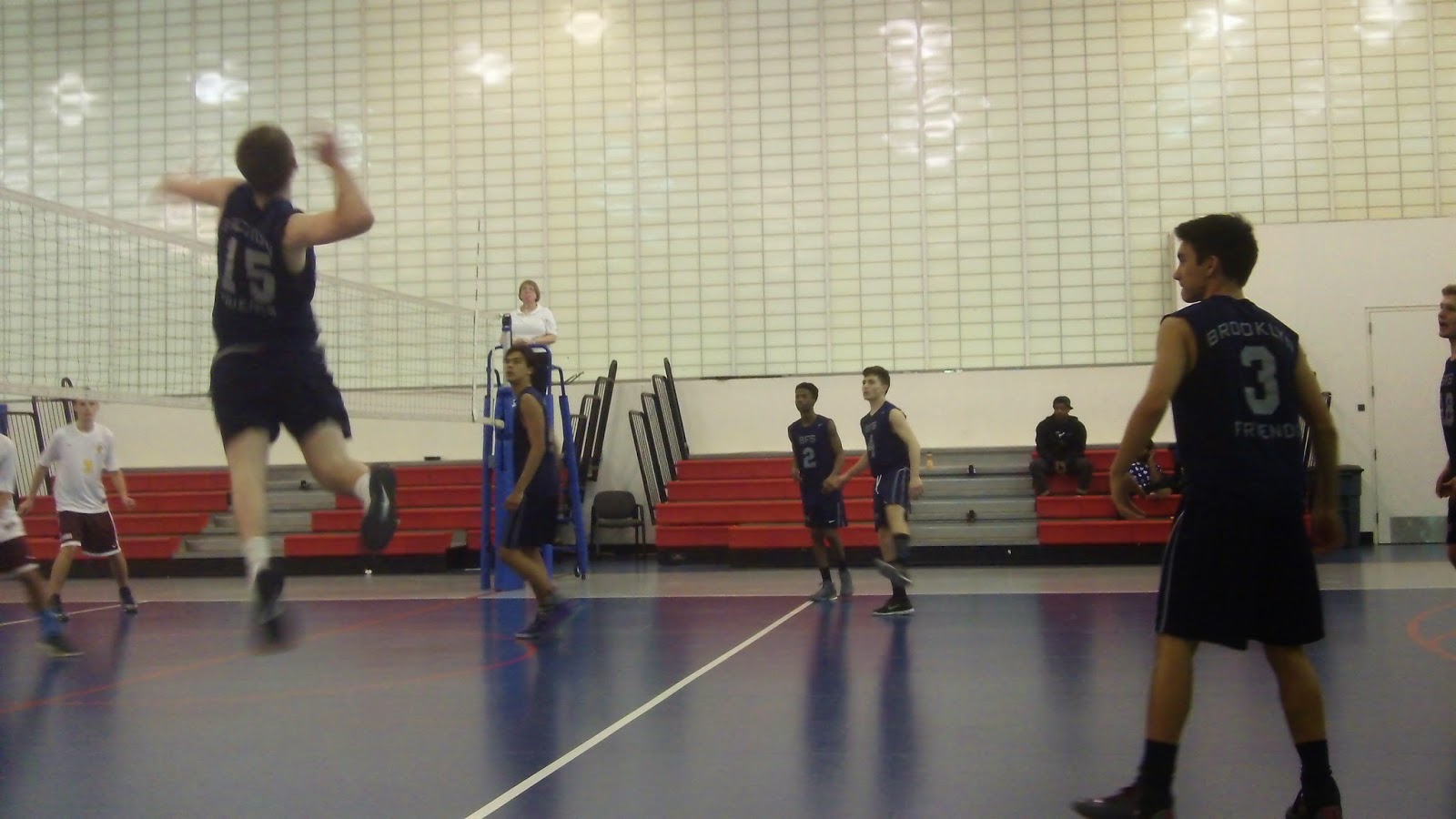 On Monday the BFS Boys Varsity Volleyball team defeated Staten Island Academy 3-0 (25-13,25-17,25-8) at St. Francis College.  The team continues making progress, learning and understanding the concepts of the game and team system.  After playing inconsistently during the first 2 sets, the team settled down and played a great 3rd set, to finish out the win. Again, it was a good team effort, with the implementation of Philip C. in the line up, our only freshman.  Junior Thomas C. caught fire, accumulating 20 kills 6 aces and 3 blocks.  Fellow junior Griffin E. made great decisions in transition, setting up 18 assists and while securing 3 serving aces.  Junior Lucas M. and freshman Philip also did work at the net combining for 4 blocks and 4 kills.  Junior Juan A., and sophomores Tyler V. and Quran D. provided a consistent serving and solid defense.  The team is off to a 2-0 start and looking forward to their next match. 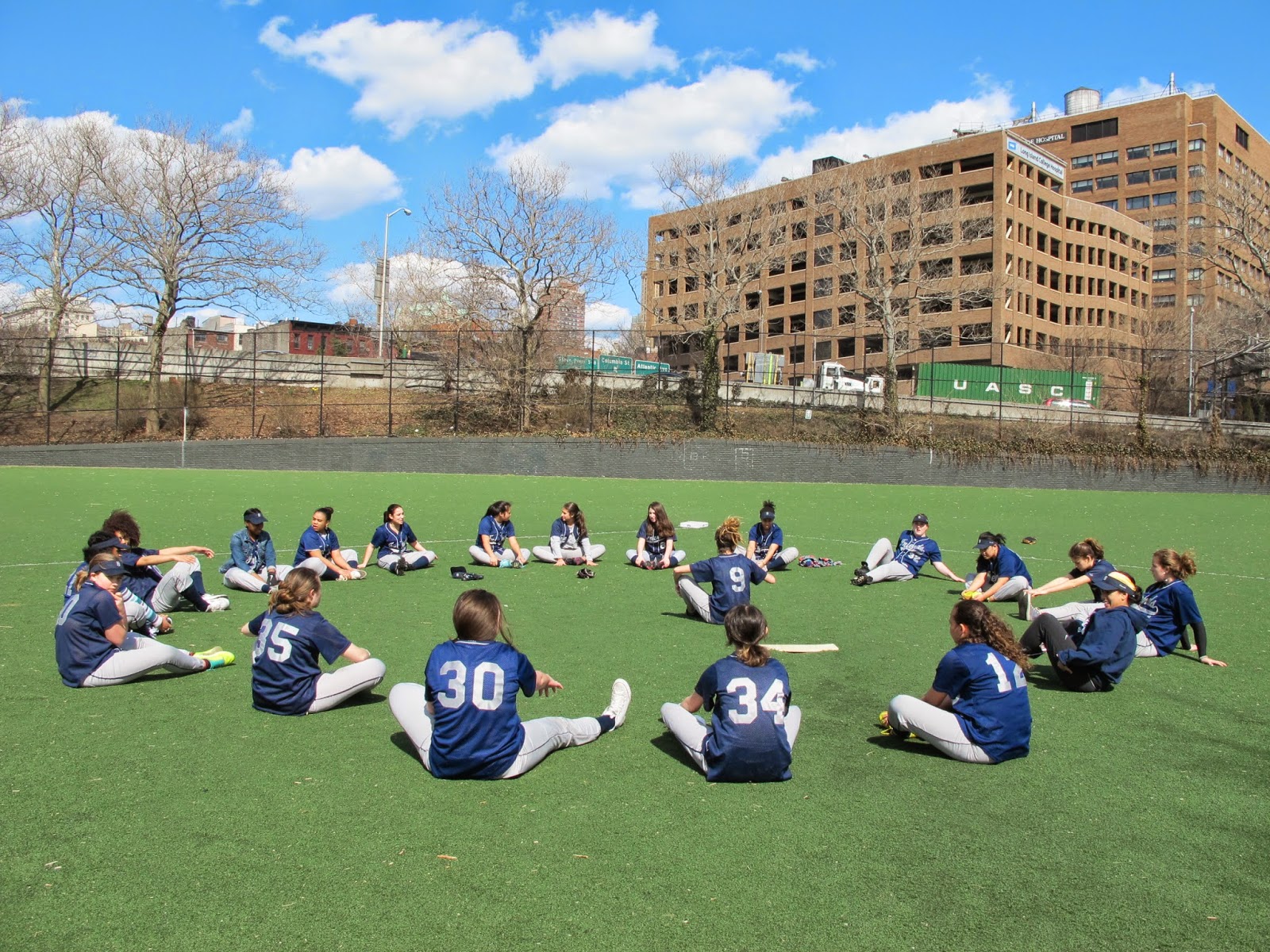 On Tuesday the BFS Girls Varsity Softball team defeated Birch Wathen Lenox 18-4 at Van Voorhies.  The sun was out and the team was almost at full strength as it dressed 20 out of 25 players for this ISAL League Game.  The team got off to a great start as they batted around in the top of the first inning scoring three runs.  The second inning was much of the same as BFS sent eight players to to the plate and scored three more runs to jump out to a 6-0 lead after two innings of play.  The third inning was tremendous for BFS as they sent up 12 players and scored six more runs to double up their score and take a 12-0 into the 4th inning.  Solid defense, great pitching, timely hitting means good things for the team.  BFS scored three more runs during the top of the fourth and top of the 5th innings to plate 18 total runs for the game.  Sophomore pitcher Taty R. was unhittable through three innings as she had only allowed a third inning walk after recording the first eight outs of the game.  She had no strikeouts, but threw constant strikes getting out opponent to ground the ball to shortstop and third base where senior Julia G. (SS) and junior Julia B. (3B) made all the plays as threw strikes of their own to senior first base woman Chloe B.  After Taty gave up a hit, the coach removed her from the mound to rest up for the next one.  She threw a total of 39 pitches as she breezed her way to victory.  Senior Julia G. came in to close things out.  All 20 players got into the game and got a chance to step up to the plate.  Everyone contributed to this team victory.  Julia G. led the way at the plate going 4 for 4 with 4 runs scored and 3 RBI’s.  Freshman Ivy L. and sophomore Maya W. had very nice line drive RBI doubles late in the game.  A good time was had by all.  The girls brought their energy today and they cheered for each other while on the field or in the dugout.  The team is really looking forward to their next game tomorrow.  The weather is supposed to be even nicer.  The team can’t wait to take the field again as they look to improve on their 3-1 record (2-1 ACIS & 1-0 in ISAL League Play).  Blue Pride!! 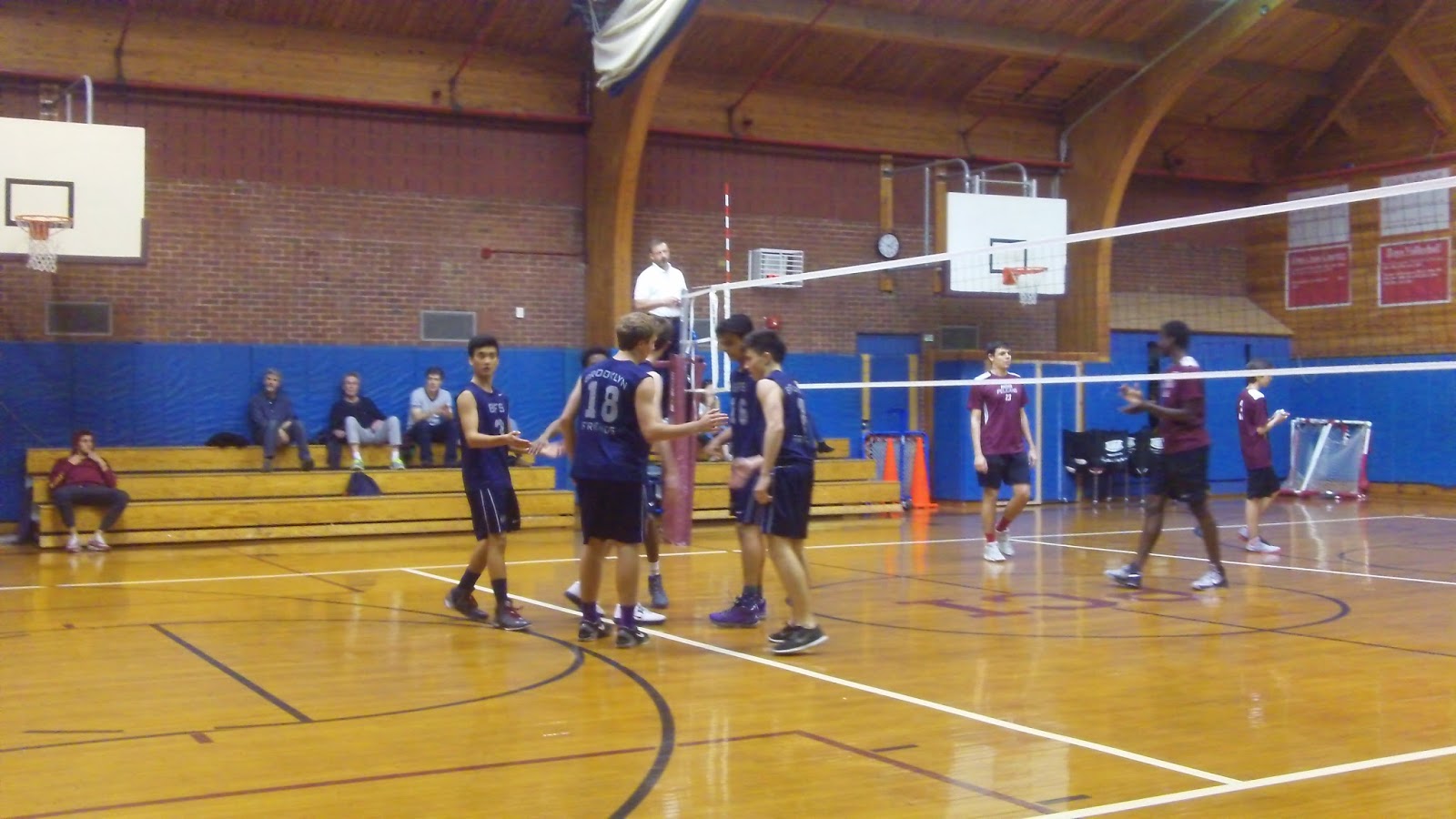 The BFS Boys Varsity Volleyball team defeated Packer 3-1 (25-20, 25-21, 23-25, 27-25) on the road.  Today was a great test of mental strength for our team.  The team played an intense game against a
very big, strong, and skilled team.  All
the hard work paid off today, giving the team some confidence.  We had to dig deep today against a very competitive Packer team.  We controlled the pace in the first
and second sets winning 25-20, 25-21, but in the third set Packer pushed hard
to win 25-23; the fourth set became a strategic game, and we ended up pulling
it off 27-25 in dramatic fashion.  The team got to
experience how important it is to stay focused and remain calm during difficult times.  Junior Thomas C. led the way with season high 37
offensive kills.  Sophomores Tyler V. found his
timing to add 7 kills, Quran D. served great to finish with 5 aces, including the
match winner!  Junior Griffin E. continued
improving his decision making, providing 45 assists for his season high.  Junior Lucas M. and freshman Philip C. were a great force at
the net, and junior Juan A. was very steady on defense.  Great total team effort…Blue Pride Runs Deep!! 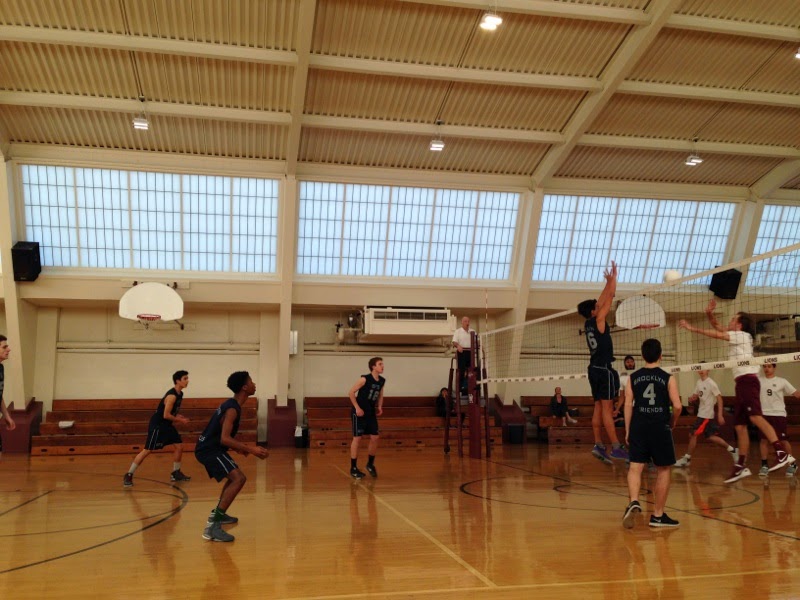 On Thursday the BFS Boys Varsity Volleyball team defeated Horace Mann 3-0 (25-10, 25-14, 25-15) on the road.  Today’s game gave us a great measurement of our strength.  Teamwork: everyone is on the same page executing the team’s system.  The team put together one of our best efforts of the young season, outplaying a bigger and stronger opponent in Horace Mann, to win in dominant fashion.  We had exactly 6 players today, and everyone played with great focus and determination to accomplish our goal of improving our consistency.  Thomas C. led the way in the first match, serving 9 aces, and adding 15 kills and 5 blocks.  Griffin E. again showed great control of the transition, with 16 assists and 3 aces.  Our blocking duo of Lucas M. and Philip C. combined for 9 blocks defending the net, in addition to 7 kills.  Our sophomore Tyler V. and Quran D. keep improving their game, combining for 5 kills and 2 blocks.  Juan and Julien were absent from the action.  This small team with a big heart is showing great resilience and determination, showing improvement every time they step on the court…Blue Pride!