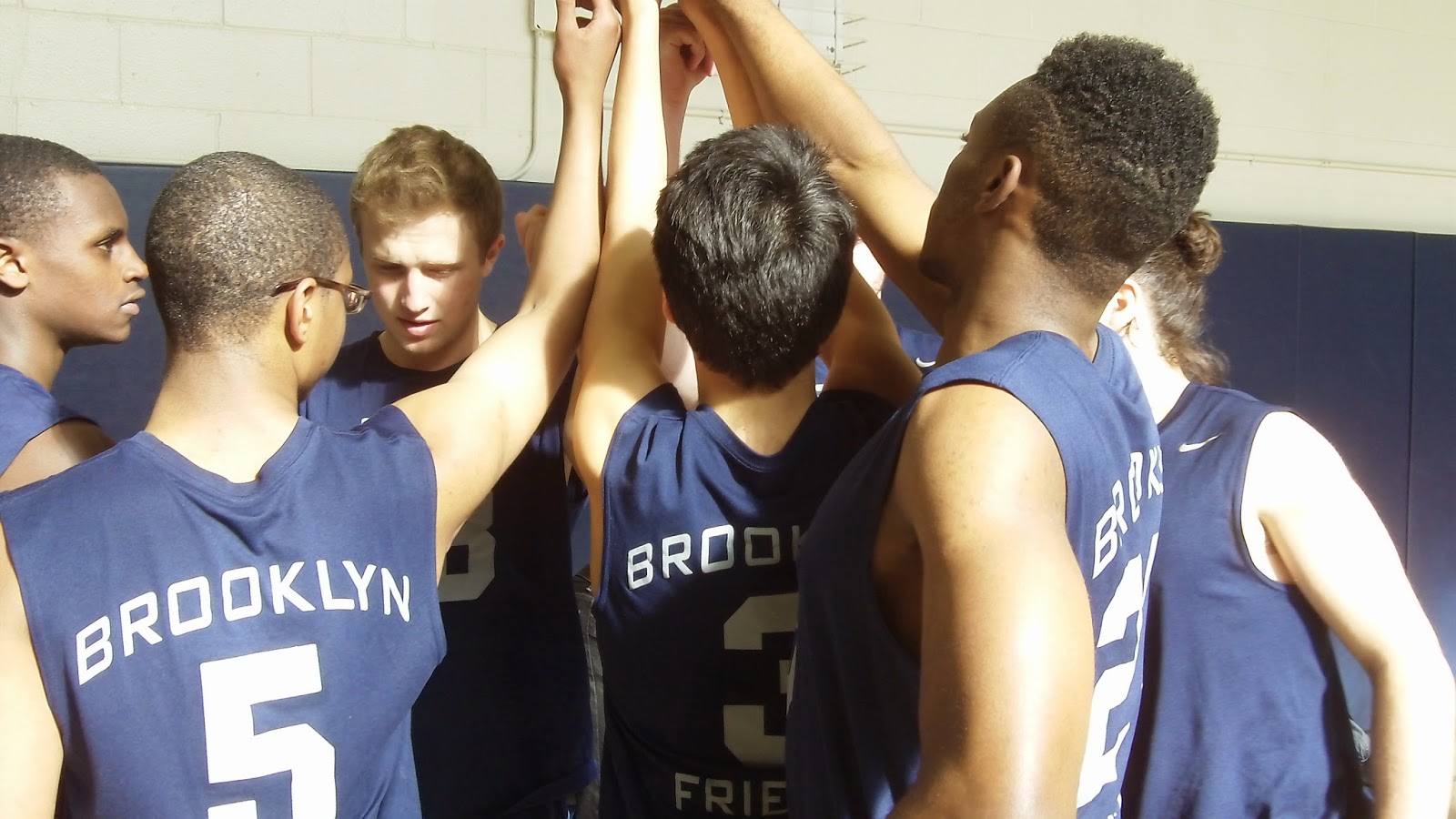 On Monday the BFS Boys Varsity Volleyball Team defeated Evangel Christian 3-0 (25-15, 25-13, 25-14) on the road. It was another team effort. The team picked up their 9th straight win of the season as they remained undefeated. The team controlled the pace of the match against their opponent. Everyone contributed either offensively or defensively. Thomas C., Lucas M., Philip C., Julian B., and Tyler V. combined for 33 Kills, 9 aces, and 7 blocks. Griffin E. added 23 assists and 2 aces. Ernest M. and Kamal G. continued showing progress with their serve, defense, and overall understanding of the game. Blue Pride Runs Deep!! 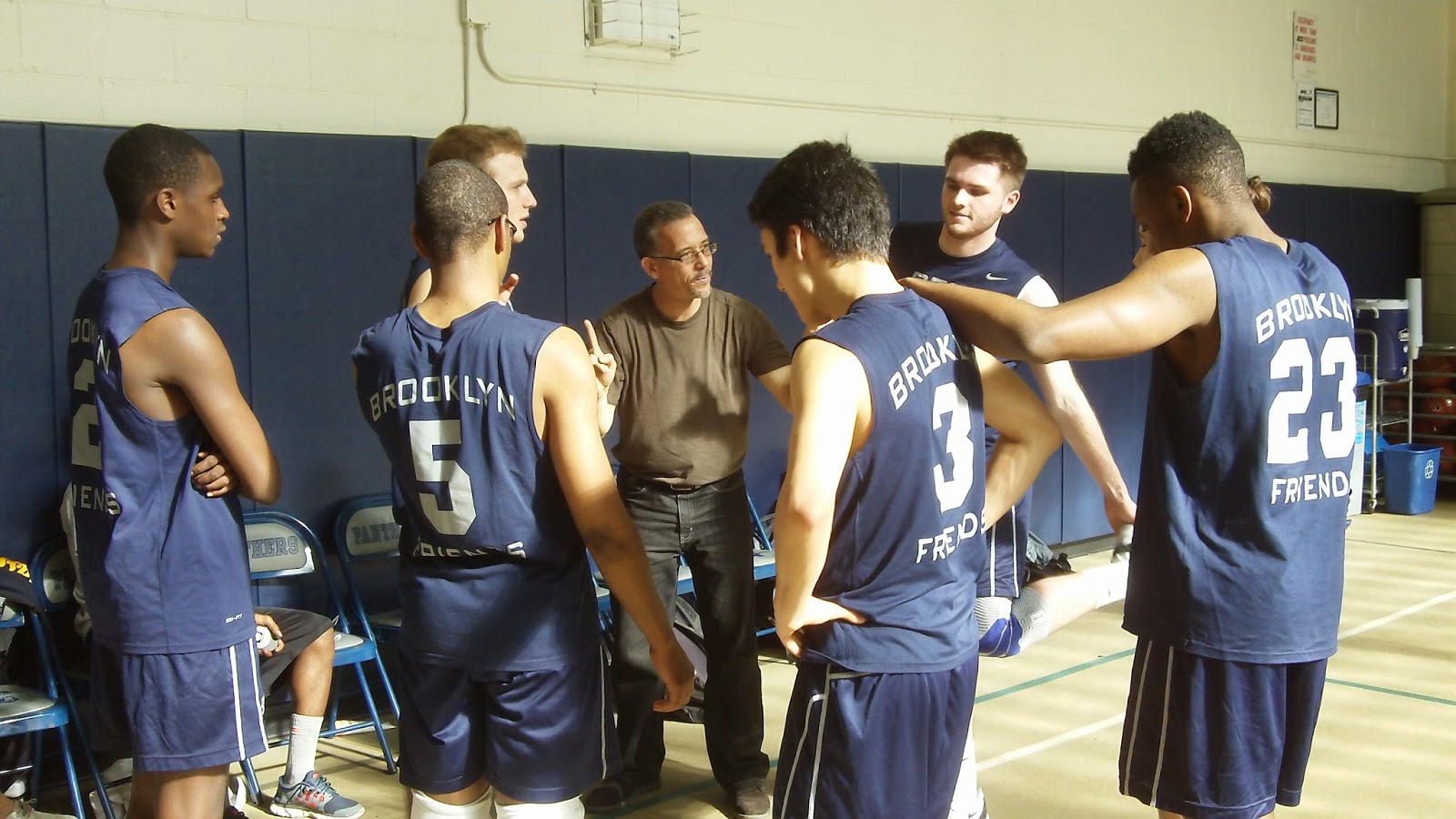 On Wednesday the BFS Boys Varsity Volleyball Team defeated Greater NY Academy 3-0 (25-7, 25-13, 25-14) in the upper gym. The team continues to roll, 10-0. They also continue to show signs of progress in all areas. Everyone remained focused and poised, while playing hard and controlled the pace throughout the match. Thomas C. led the way offensively with 7 kills and 7 aces. Griffin E. continues leading the transition, adding 21 assists. LucasM., Chris B., and Phillip C. added 15 kills. Tyler V., Kamal G., and Ernest M. played consistently throughout the match. Another well-played match, which led to another win. Blue Pride Runs Deep, Friends Forever!! 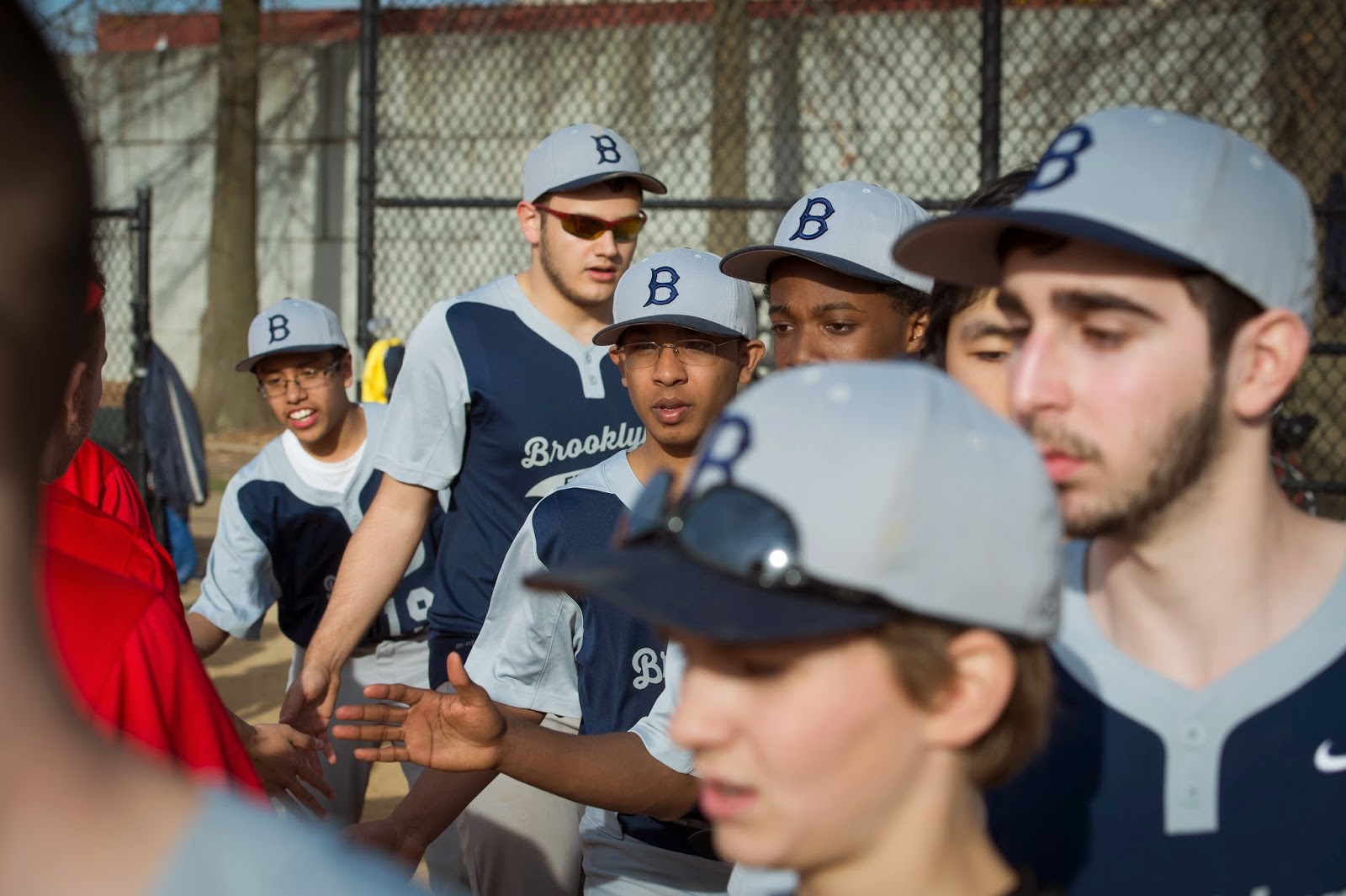 The BFS Boys Varsity Baseball Team defeated Garden 22-5 down at Red Hook on a beautiful spring day. The teams notched its first win of the season. Junior Charlie H. took the mound and held Garden to just five runs over four innings to earn the victory. The offense was led by everyone. Every player that played in the game either scored at least one run or drove in at least one run. Some of the offensive highlights include homer runs by sophomores Miles N. and Emmitt S. Senior Malik W. led the team with three hits and five RBI’s. He received the game ball for his efforts. The 22 runs was a season high for the team. Having only managed 11 runs through their first five games, they doubled that number with the massive offensive outing. Blue Pride!! 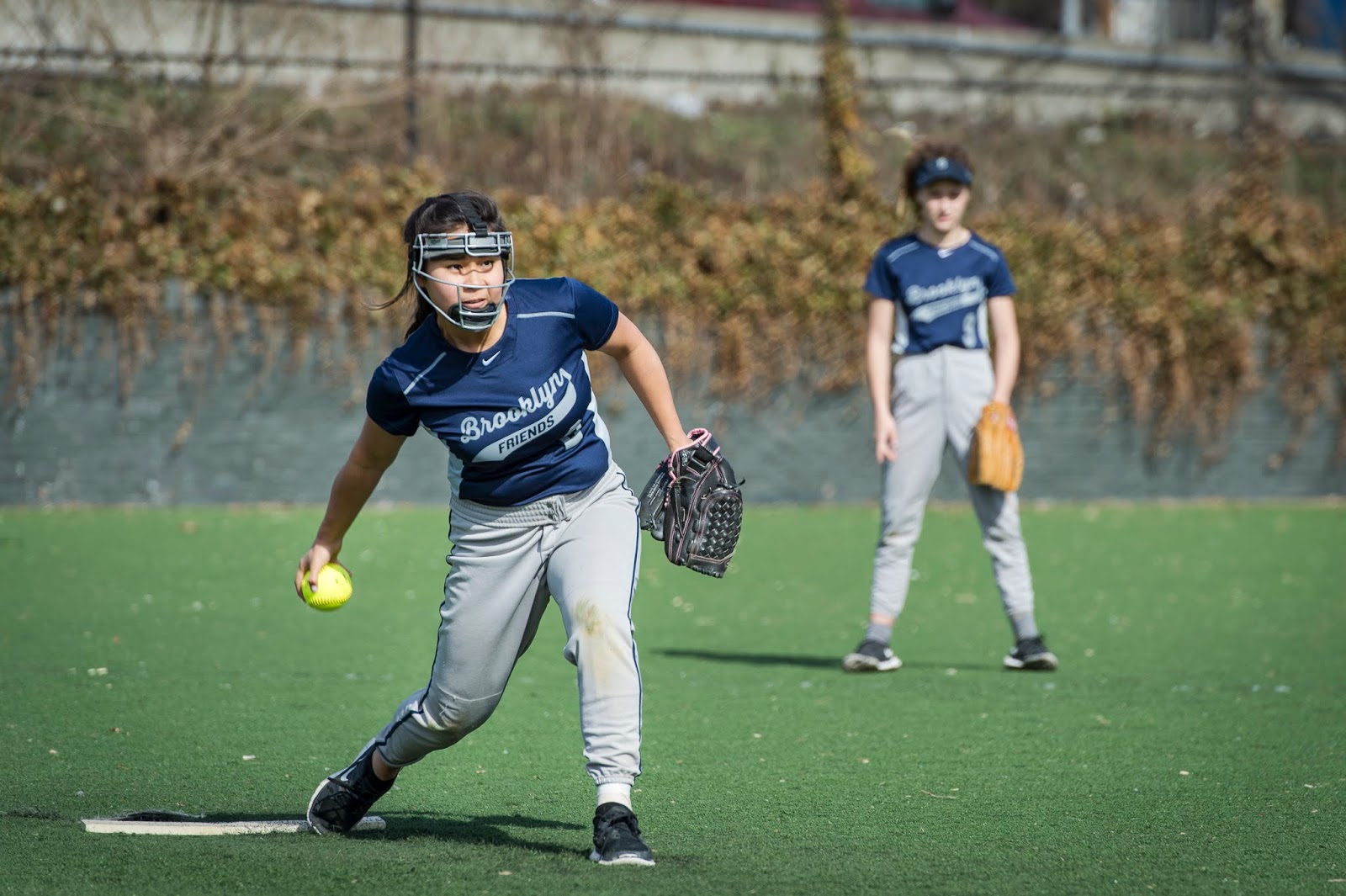 On Thursday the BFS Girls Varsity Softball Team defeated Calhoun 15-4 at Van Voorhies. BFS took on an opponent new to the game. They were eager and ready to compete. A good time was had by all involved. Junior Taty R. pitched the complete game. She struck out 9 along the way. She also helped herself on the offensive side with a homerun and two RBI’s (while scoring three runs). BFS took an early lead and never looked back. The first five batters in BFS’ lineup all scored two runs a piece (Taty had 3). Senior lead off hitter Maret S-M had two hits, sophomore three hole hitter Silvely A. had two hits, senior clean up hitter Julia B. walked three times and in doing so each time she forced in a run for BFS (3 RBI’s). After three innings of play BFS was up 12-2. Calhoun picked up two more runs in the top half of the 4th inning to make it 12-4. Then BFS sent up junior Sarah G., sophomore Anna W., followed by freshman Fiona B. who all picked up hits and BFS scored three more runs to jump out to a 15-4 lead. Taty was in her groove and she closed things out with a quick final inning.  She retired the first batter with a strikeout on her newly formed change up. Then she got the next batter to ground it back to her and she calmly threw over to first for the put out. Then she struckout the final batter of the game as sophomore Ivy L. caught the final pitch. The team improved its overall record to 6-3 and is still undefeated at 4-0 in ISAL League play. The team is back in action today versus Berkeley Carroll. Next week is the last week of regular season games before BFS once again heads into spring playoff action. Blue Pride!! 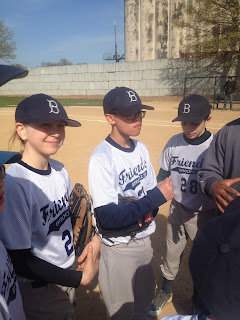 The BFS MS Boys Baseball Team defeated Friends Seminary 11-1 down at Red Hook. The team picked up its second win in a row. Seventh grader Jack B. was on the hill and recorded eight strikeouts, while only allowing one hit. Fellow seventh grader Ben R. went 1-2 with a double that brought in two important runs. The team used their increased discipline at the plate and fast feet stealing bases to blow the game open during the third inning of play. It was a great team effort by all involved. Blue Pride!! 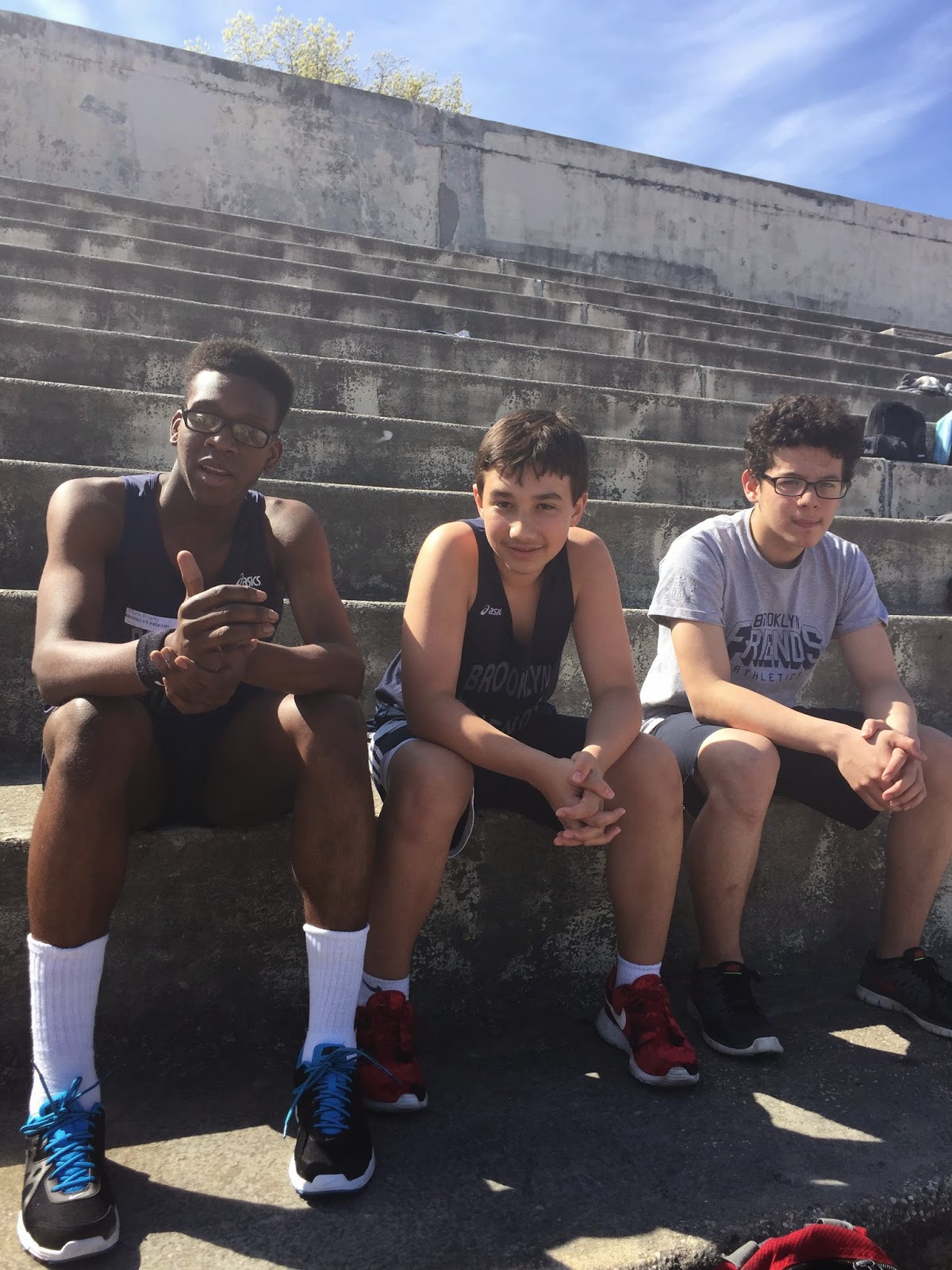 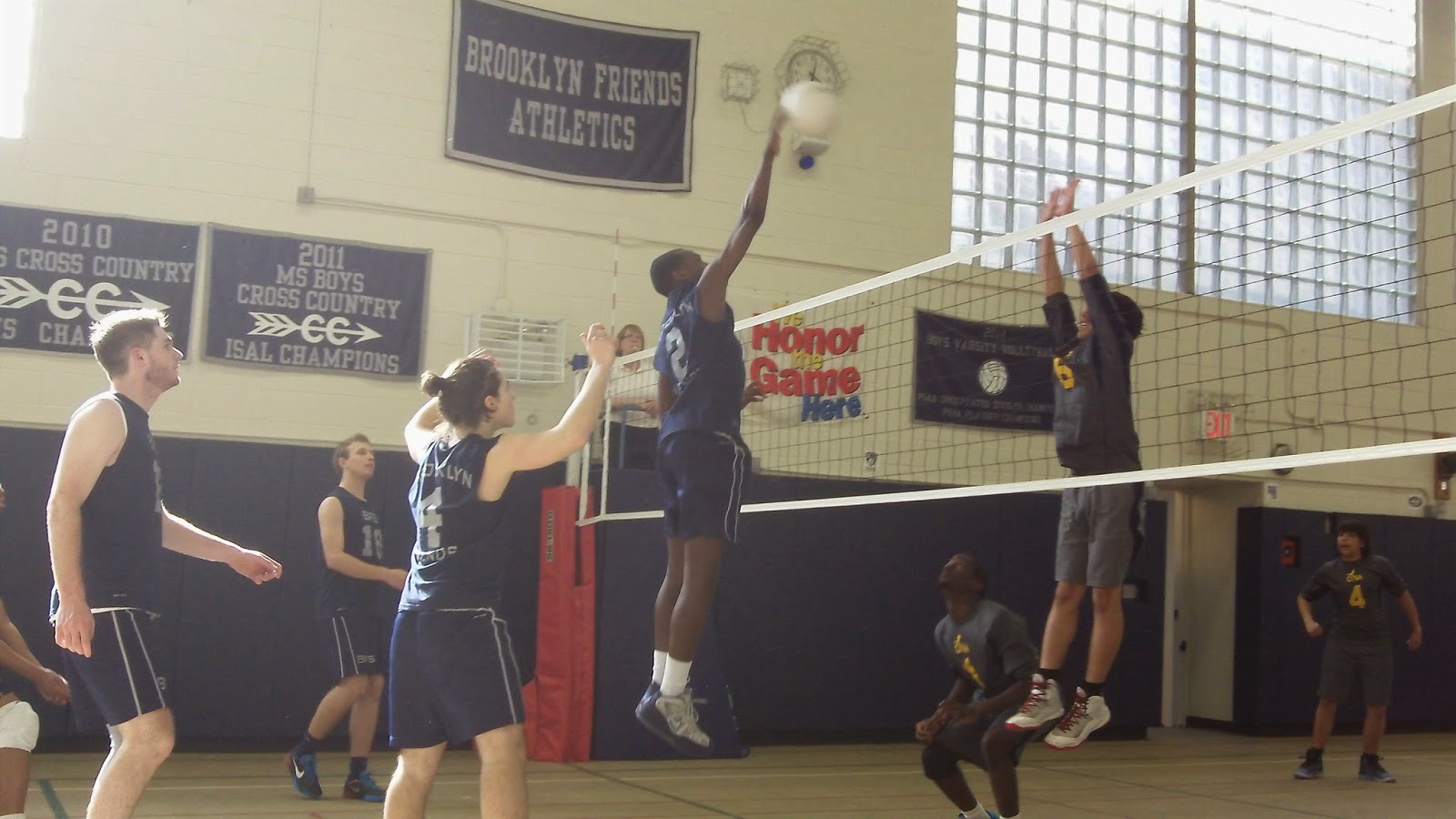 On Friday the BFS Boys Varsity Volleyball Team defeated Evangel Christian 3-0 (25-16, 25-12, 25-12) in the upper gym. The team played a consistent match, controlling the pace. Thomas C. led the offense with 13 kills; Julien B. added 6 kills, and Lucas M. had 5 aces. Griffin E. continues improving his decision making, accumulating 21 assists and 5 aces. Tyler V., Kamal G., Chris B., Philip C., and Ernest M. played their part on both offense and defense. Next week we round off the regular season with league matches against Berkeley Carroll and Packer in preparation for the upcoming ACIS playoffs. Blue Pride!! 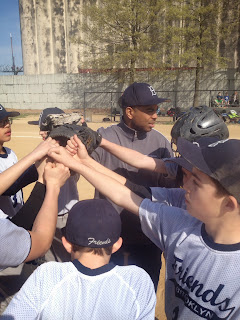 The BFS MS Boys Baseball Team defeated LFNY 18-1 down at Red Hook. It was the teams second win of the week and their third straight win. It was a dominating performance.
Seventh grader Gabe D. was on the hill and allowed only one hit. He was backed by sound defensive efforts in the field. The offense was led by Ryan M. who was responsible for bringing in two runs. The team continued to display patience at the plate which led to 12 walks. Those walks later turned into scoring opportunities. This capped off a week where BFS outscored their opponents 29-2 and only gave up a total of two hits. BLUE PRIDE!! 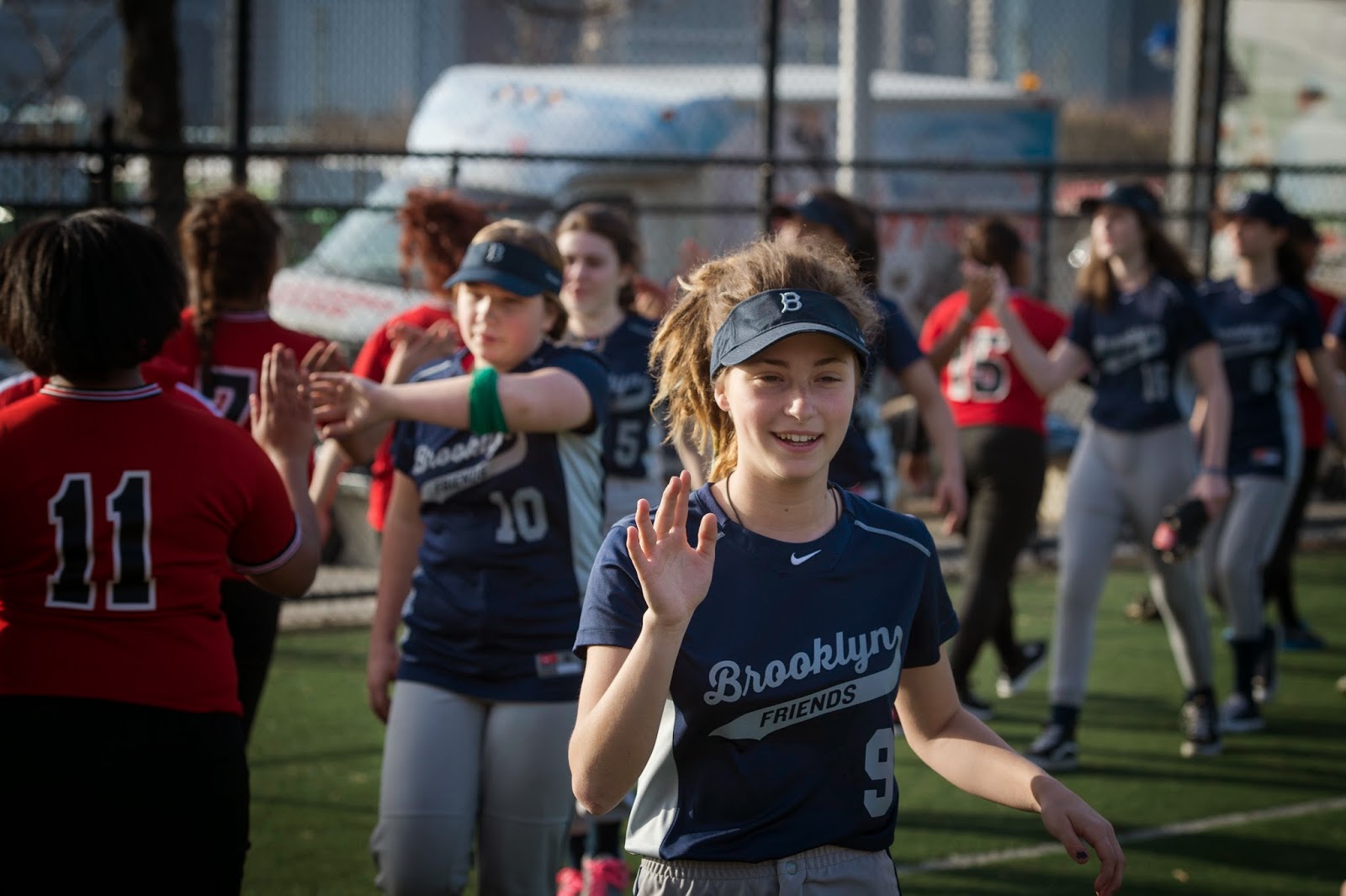