In the spirit of service, 12th Grader Sam M. is launching a petition in response to recent legislation allowing development in the Adirondacks. Check out Sam’s guest blog entry below:
Click Here to Sign Petition 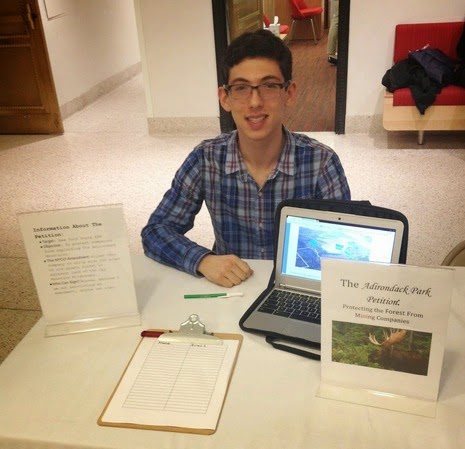 I was inspired to create this petition because, like many people in our local and global community, I felt the need to act. The people of New York State voted in the NYCO amendment, and, as it sets a bad precedent for the future, it is important to know what actually happened.

Here is a bird’s eye view of the land traded to the mining company. 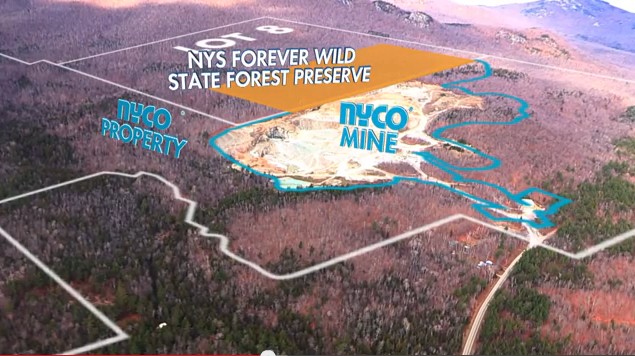 The entire BFS community signing this petition could make a significant change. I wrote the following letter, addressed to the Department of Environmental Conservation, which describes the need for awareness of these issues. With enough signatures, I hope this petition will make people more aware of what is happening in this state and prompted to act as well.

As one of my peers shared, “I think that it’s really great that you are taking action [despite] your fears of climate change. I myself have similar fears, but I didn’t really think that there is anything I could do about it, so I just ignore it. I think its really great that you are taking an actual step towards something you really care about.” Sofia S., Class of 2014.

We, a group of concerned citizens, students and teachers, have decided to advocate for ecological preservation in the Adirondacks. We were inspired to act as a result of the extensively debated NYCO Amendment that passed in November, allowing the mining company NYCO to mine out up to 200 acres of old growth forest in adjacent land of the Jay Mountain Wilderness. This is not a petition against the Amendment, but rather an expression of concern regarding future, similar amendments. It is our goal to express our trepidations towards future land swaps with independent companies, especially since future legislation of this kind may end up putting a price on protected Adirondack forests.

There are both pros and cons to the implications of the Amendment, as there are with any changes to constitutional legislation. According to Article XIV of the New York State Constitution, “The lands of the state, now owned or hereafter acquired, constituting the forest preserve as now fixed by law, shall be forever kept as wild forest lands.” (source 1) The issue, as the Department of Environmental Conservation may already know, is that this is the first case in which there has been a change to environmental protection legislation for the benefit of a private company. We may not speak for the majority of citizens in New York State (given that the Amendment passed with 53% support), but we believe that we speak for the good of the state when we say that this sets a unwieldy precedent for the future of the Adirondack State Park.

This petition is also intended to suggest further awareness of the fact that the majority of voters, including much of the faculty and students at Brooklyn Friends School, were not informed of the details of this proposal before the voting day. Instead, promotion campaigns, funded by NYCO Minerals and the Vote Yes for the Adirondacks Coalition, popped up around the nearby town of Lewis, in Essex county, while the majority of voters did not even know what the meat of the matter was (source 2).

The community of Brooklyn Friends School is heartedly based on principles of equality, integrity, and environmental stewardship. We support equality and integrity for people, as well as embrace these principles towards nature. Nature will still be a vital part of our world whether or not there are economic or political opportunities to exploit it. Many citizens of New York enjoy the Adirondack Park, and believe that it should have a say in its own fate. So, we have decided to speak for the park while it may not be able to speak for itself (source 3).

Please consider advocating for the protection of the park. Avoid another land swap that threatens invaluable Adirondack land. We believe the Adirondack Park is worth fighting for, and we think the Department of Environmental Conservation should too. 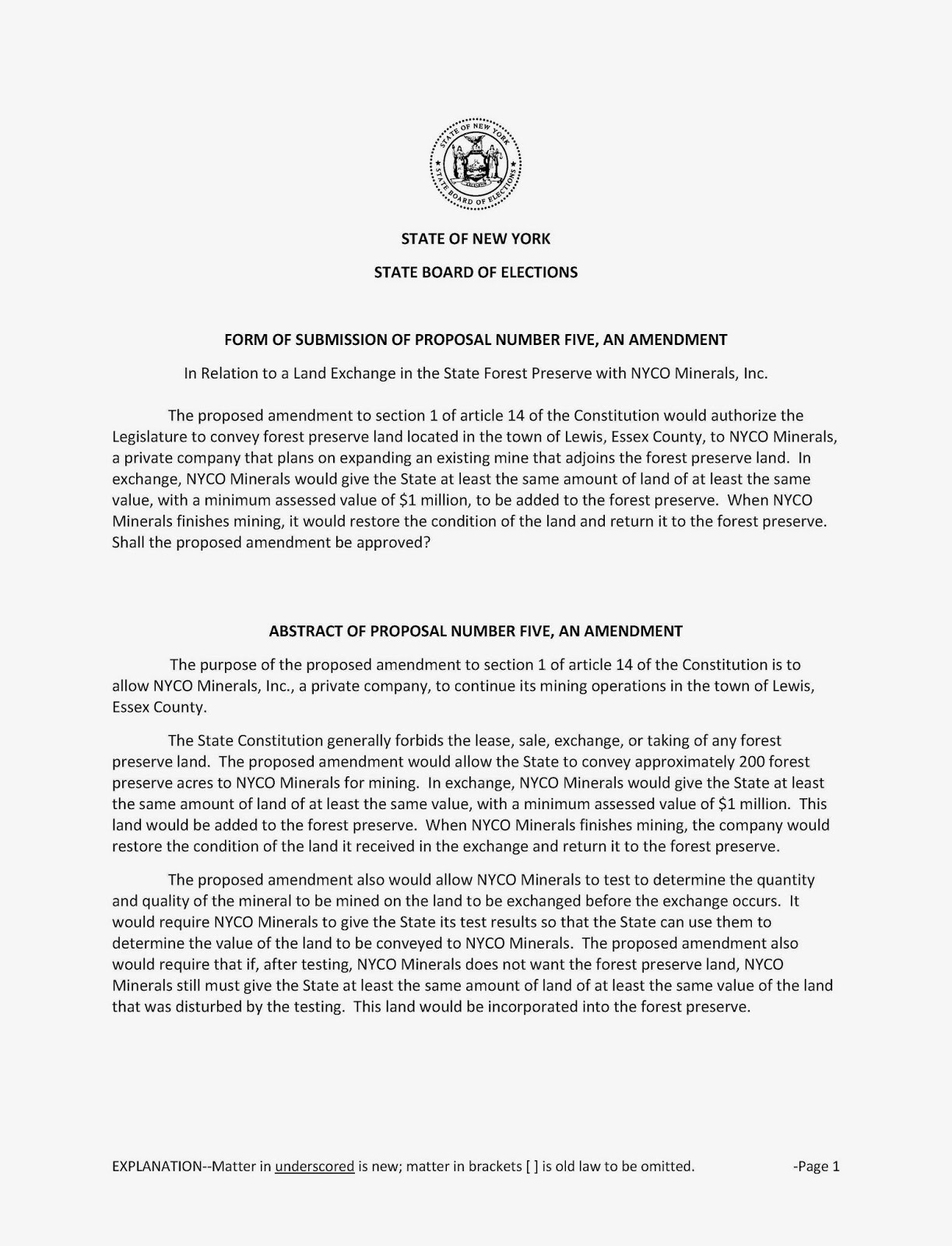 This link is informative, but propaganda.