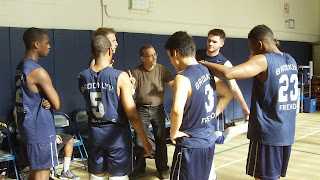 On Monday the BFS Boys Varsity Volleyball Team defeated Berkeley Carroll 3-0 (25-6, 25-7, 25-14) in the upper gym. The team maintained there focus throughout the first two sets. The team continued to battle and won the third set pretty easily. So all and all the team controlled the match. Everyone contributed to the overall performance.  Thomas C. played the setter position for most of the match, accumulating 11 assists, 11 aces, and 3 kills.  Griffin E. added 6 assists, 3 kills, and 6 aces.  Julien, Lucas, Tyler, and Chris combined for 13 kills, while Kamal and Ernest, who added 5 aces, while also contributing on the defensive end.  We cross the street on Wednesday for our regular season finale versus local rival Packer. The team will look to add to its win total and finish the season undefeated. Blue Pride!! 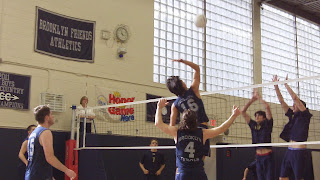 On Wednesday the BFS Boys Varsity Volleyball Team defeated Packer 3-0 (25-21, 26-24, 25-17) on the road. The team needed to dig deep in order to overcome a very strong and consistent opponent. Every point and each set was a great test of mental strength. BFS played hard, stayed focused, and determined to notch one more victory and complete this amazing regular season. Senior Thomas C. led the offense once again, accumulating 12 kills and 9 digs. Fellow senior Lucas M. contributed with 10 digs, 3 aces, and 4 kills. Senior Julien B. and freshman Philip C. combined for 12 kills, while junior Chris B. added 9 big blocks.  Juniors Tyler V. and Kamal G., and freshman Ernest provided consistent serving and defense. Senior Griffin E. settled for 23 assists to control the transition. It was a total team effort for a rewarding result. The team completed its regular season undefeated, 13-0!!. Onto the playoffs. Blue Pride Runs Deep, Friends Forever!! 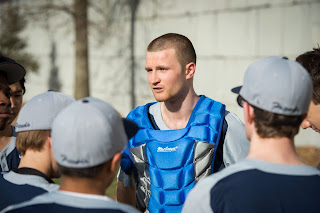 The BFS Boys Varsity Baseball Team defeated Garden 10-7 down at Red Hook to end its season on a winning note. Junior Charlie H. recorded the win for the Panthers even though he allowed five runs over 5 1/3 innings. He struck out 10, walked seven and surrendered three hits. On offensive sophomore Miles N. went 2-4, he tripled in the first inning and singled during the third inning. The Panthers never trailed after scoring three runs in the first on a fielder’s choice, an RBI triple by Miles, and the Panthers built upon their lead with five runs during the third. A single by junior Henry J. ignited the offense. That was followed up by a single by freshman Liam C-N, bringing home Henry. After pushing across two runs in the bottom of the third, Garden faced just a 8-2 deficit. Two runs in the bottom of the fourth helped Garden close its deficit to 8-4. An error and a fielder’s choice fueled Garden’s comeback. Finally, Charlie got the third out to to end the threat. Garden scored one run in the bottom of the fifth to cut its deficit to three. An RBI single set off a Garden rally. The Garden threat came to an end when Charlie recorded the third out of the inning via strikeout. The Panthers piled on two more runs during the top of the sixth inning. A steal of home scored senior Adam W. to start the scoring in that inning. Way to go Adam! After pushing across two runs in the bottom of the seventh, Garden faced just a 10-7 deficit. A two-run error triggered Garden’s comeback. Junior Sammy H. ended the game to record his first ever save on a strike out. Blue Pride!! 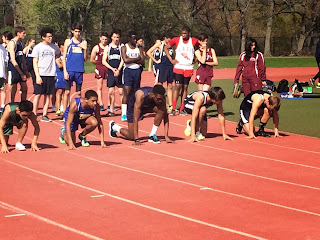 The BFS MS/US Outdoor Track Team participated in an ISAL Meet at Red Hook Track. The day was a success. Thanks to Coach Andre for getting our participants to this league meet. Sophomore Maalik D. ran the 100M (:13:02, 10th place out of 18 total runners) and 200M (:26.18, 8th place out of 26 total runners) races today. He took 4th out of 8 runners during his 100M heat and he placed 3rd in his heat in the 200M out of 6 runners. Sophomores Ben F. and Sam F. also ran the 200M and both placed 2nd in their heats, finishing with a time of :26.12 for Sam (7th place) and :26.75 for Ben (13th place). On the girls side we had freshman Miranda C. representing our US. She ran the 800M and placed 7th with a time of 3:18.02 out of 11 total runners. Seventh grader Oscar D. was our lone MS representative and he ran in the 800M race. He dug deep within himself and finished the race with a time of 3:28.31. Coach was very proud of all our runners and looks forward to continue working with them and watching them grow and improve in the sport. Thanks to our team members who participated. All our team members enjoyed the beautiful day down at the track. Blue Pride!! 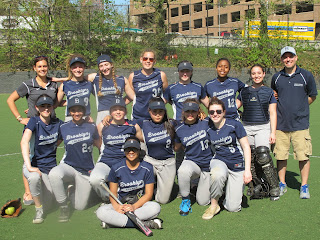 On Thursday the BFS Girls Varsity Softball Team defeated Garden 21-4 at Van Voorhies. The team finished the ISAL regular season undefeated, ISAL League Champions. Congrats to the all the players and coaches on the winning season. Junior Taty R. was on the mound. She pitched a complete game for BFS.  Taty struckout 9 batters and carried a shutout through the first three innings of play (as she faced only 12 hitters). Everyone on the team scored at least one run. Senior clean up hitter Julia B. smacked a home run and junior Naya C. had a nice double. The play of the day was made by freshman Rosemary D-C who entered the game at third base during the 4th inning and calmly snagged a line drive to end the inning. The game ball went out to the team and to junior manager Sierra V. who has been a tremendous help this season. Special thanks goes out to our 6 seniors who have help build up the program over the last four years, Julia B., Maret S-M, Julia C., Ariel G., Airenakhue O., and Greta L. Next up for the team are the ISAL Semifinals on Monday versus TBA at Van Voorhies at 3:30pm. See you at the field. With one more victory the team would be back in the ISAL Finals for the fourth year in a row. Blue Pride Runs Deep, Friends Forever!! 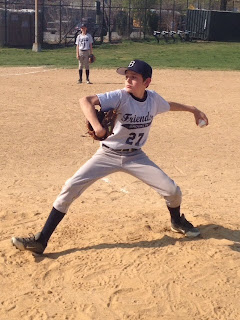 The BFS MS Boys Baseball Team defeated Bay Ridge Prep 8-1 down at Red Hook. The team gave up one early run and then shut down their opponent the rest of the game. The game remained close until BFS notched 5 runs during the bottom of the 5th t give themselves and 8-1 lead. Seventh grader Jack B. struck out 11 and gave up no earned runs to lead victory. Fellow seventh grader Aja M. provided the offensive boost with a solo home run during the 2nd inning and added another home run (2-Run) in the third. That gives him three home runs in the last two games. Fellow seventh grader Ryan B-H made his first pitching appearance of the season, striking out two during the last inning to close things out. The win gives BFS 4 wins in their last five games. It also improved their overall record to 5-3. Blue Pride!!