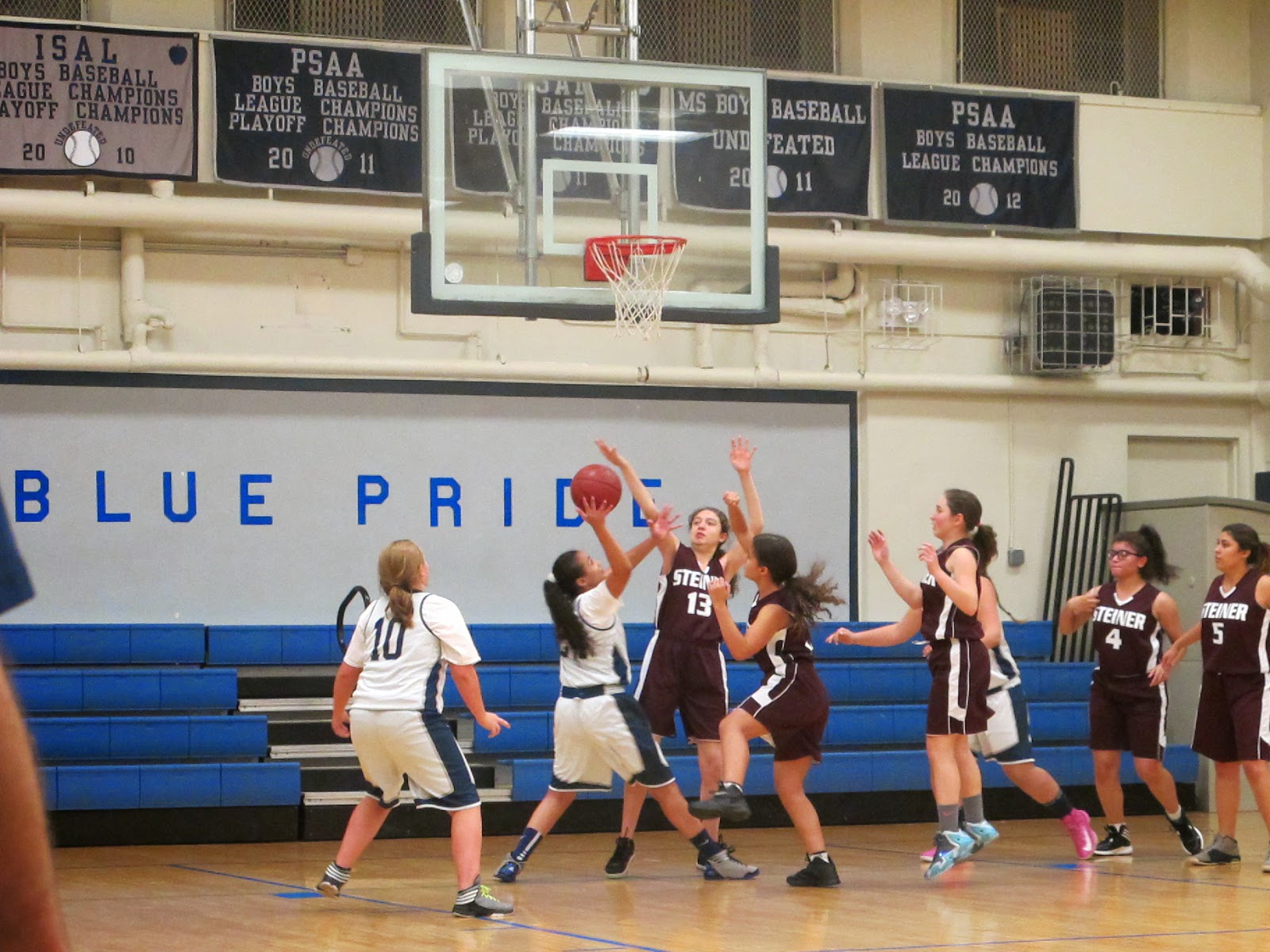 On Tuesday the BFS Girls Varsity Basketball Team defeated Rudolf Steiner 33-19 in the lower gym. This was BFS’ first ISAL League game of the season. The team has done quite well over the years in the ISAL League. The game got off to a sow start has both teams had trouble putting the ball in the basket.  After one quarter of play the game was tied 2 to 2.  BFS switched things up in the second quarter and turned u p the defense.  Good defense leads to good offense.  The steals enabled BFS to get out and run and they were able to get some good looks at the basket.  Senior guard Maret S-M made some amazing passing setting up her teammates for some easy lay-ups. BFS had five players scored at least one point during the second quarter as the team opened up a 14-3 halftime lead. Everyone contributed in this game. Maret, junior Abby M., and sophomores Ivy L. and Silvely A. each scored a basket and BFS maintained the lead 22-12.  Steiner did play very well in the third and fourth quarter and kept things close but they were never really within striking distance as BFS managed to get some timely scoring.  Five BFS layers scored again during the fourth quarter and BFS won the final quarter 11-7.  Senior Julia B. finished with 7 points (3 for 3 from the foul line), Silvely also had 7 points, Abby had 6 points, Ivy and junior Charlotte S. each chipped in with 4 points, Maret had 3 points, and sophomore Monet M. scored on jumper coming out of an inbounds play.  Junior Sierra V. and sophomore Taty R. continued to play solid defense throughout the game. Once again it was a real team effort. It was fun to be a part of.  I t is so nice to see the girls work hard during the game and improve on their skills and team chemistry. The team is back in action today in a non-league game versus UNIS.  Last year BFS was able to hang on and defeat UNIS in a thrilling double overtime victory. Blue Pride!! 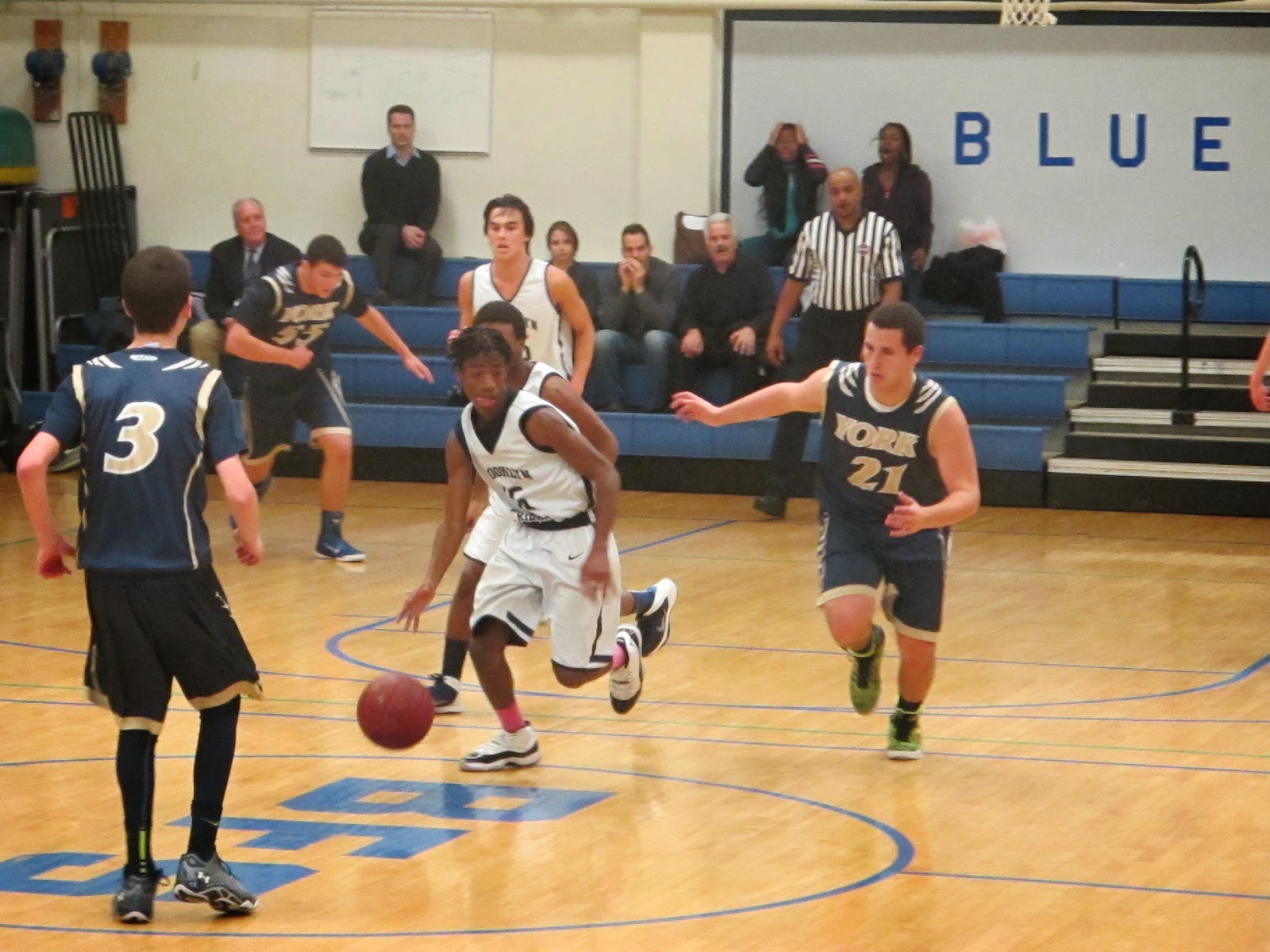 The BFS Boys Varsity Basketball Team defeated Garden 44-29 on the road. The Panthers led wire to wire and picked the ISAL league win. Led by sophomores Phil C., who had 12 points and 10 rebounds, and Brendan G., who scored 10 points and had 3 assists.
Junior guard Quran D. scored 10 points, had 8 assists, and picked up 3 steals, while fellow junior Tyler V. contributed with 8 points, 4 rebounds, and 4 steals. 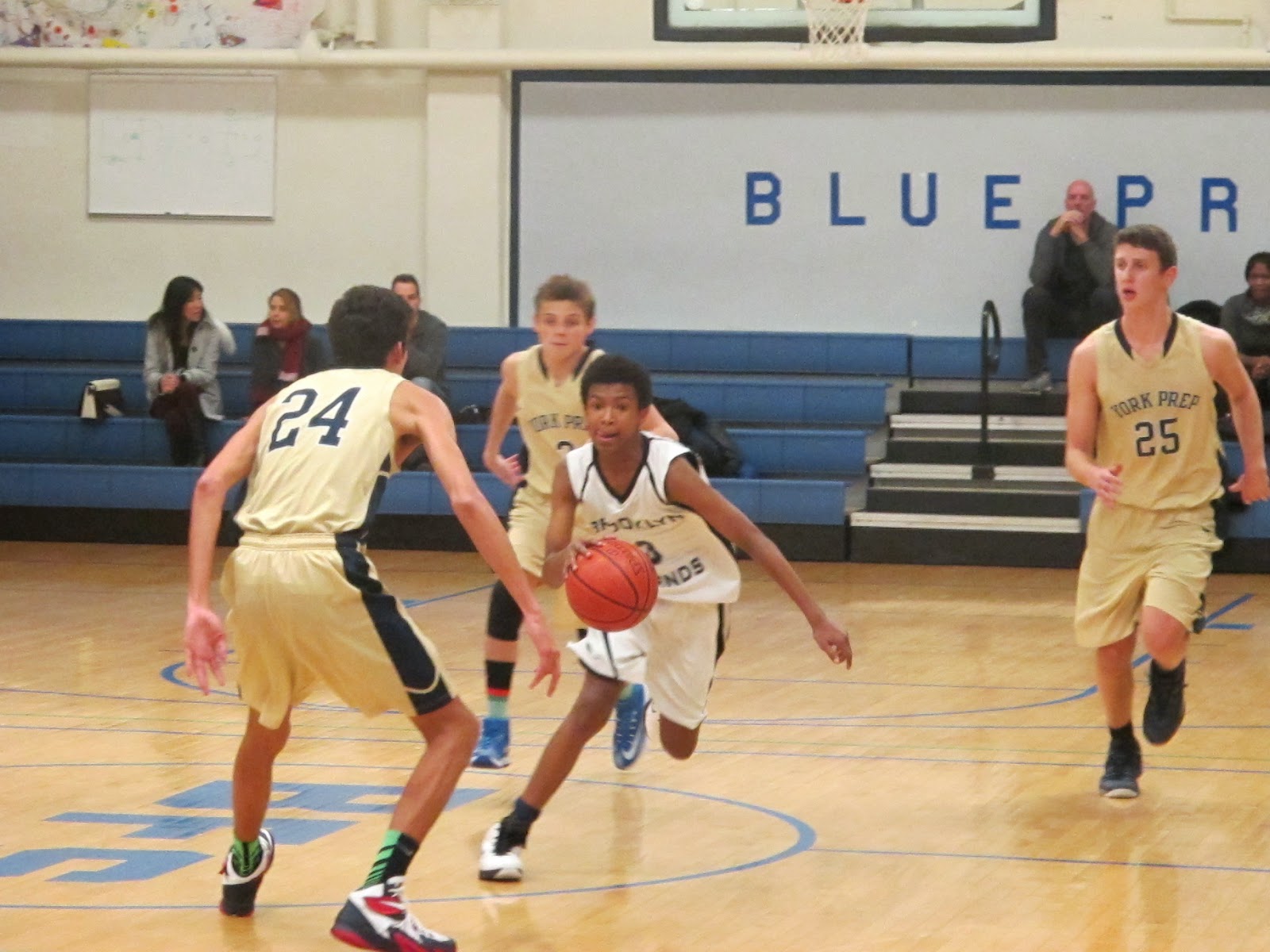 The BFS Boys JV Basketball Team defeated Rudolf Steiner 47-42 as they came from behind on the road. This game was very competitive from the opening tip where both teams continued to exchange baskets. Steiner made a late surge at the end of the third quarter and finished strong. Going into the 4th quarter Steiner took  a 33-26 lead over the Panthers, Steiner hit a 3 and a free throw to put them up by 11 points with 6 minutes left in the game, The Panthers found themselves down 26 Steiner 37 but at this point they hadn’t lost a game on the young season. The Panthers showed why they have become the road warriors by scoring 21 points in the final 6 minutes of the game. Even though the Panthers scored 21 points in the final quarter what really won them the game was that lock down defense that this team is known for.  The defense forced their opponent into 9 turnovers which caused the 21-9 rally. Miles B. led the team with 22 points, and Maalik D. backed him up with 13 points, 8 rebounds, and 4 blocks. The Panthers will host their first home game this Thursday December 4th at 5:30pm.  See you at the game, Blue Pride!! 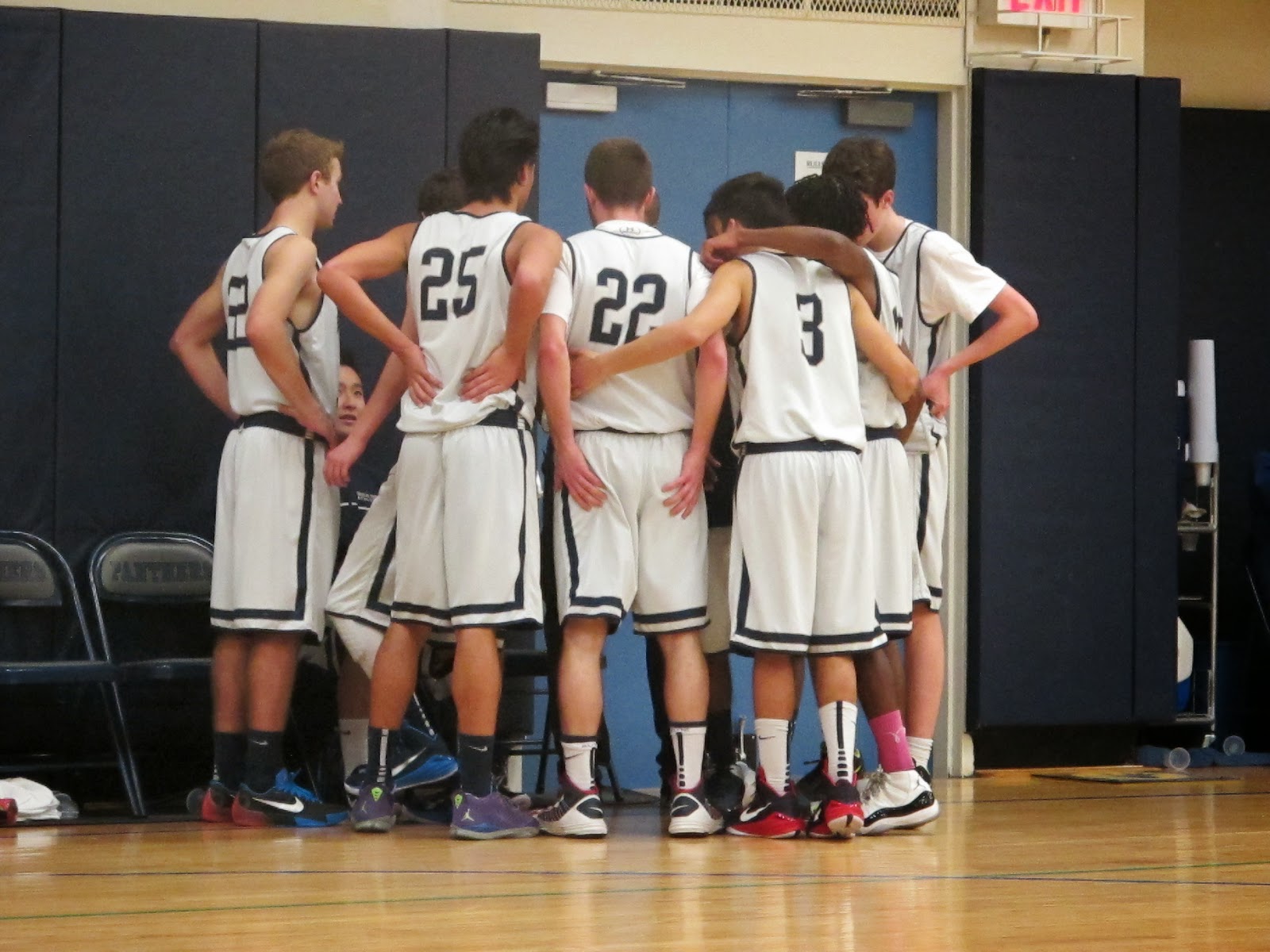 On Thursday the BFS Boys Varsity Basketball Team defeated York Prep 52-48 at BFS. The Panthers won a thrilling game in front of a packed gym.  The team and the school showed their colors and spirit, Blue Pride!! BFS was led by junior guard Quran D., as he put on a show with 33 points, 4 assists, and 4 steals. Quran knocked down all 14 free throws he attempted.  Free Throws win games!! Sophomore guard Brendan G., scored 9 points making all of his three pointers (3-3) with 2 assists, and 2 rebounds. Fellow sophomore Phil C., scored 3 points and grabbed 13 rebounds while playing well on both ends of the court, while another sophomore Charlie S., had 2 points, 5 rebounds and 2 assists. Senior Adam W., had 4 points and 6 rebounds, and worked hard on both ends. And fellow senior Lucas M. chipped in with 4 rebounds and played great interior defense.  Junior Tyler V. was solid. Senior Jumoke M-T brought some much needed energy, intellect, and heart. The Panthers improved to 5-1 with the ISAL League win.  They are back in action today versus St. Ann’s in a non-league contest. 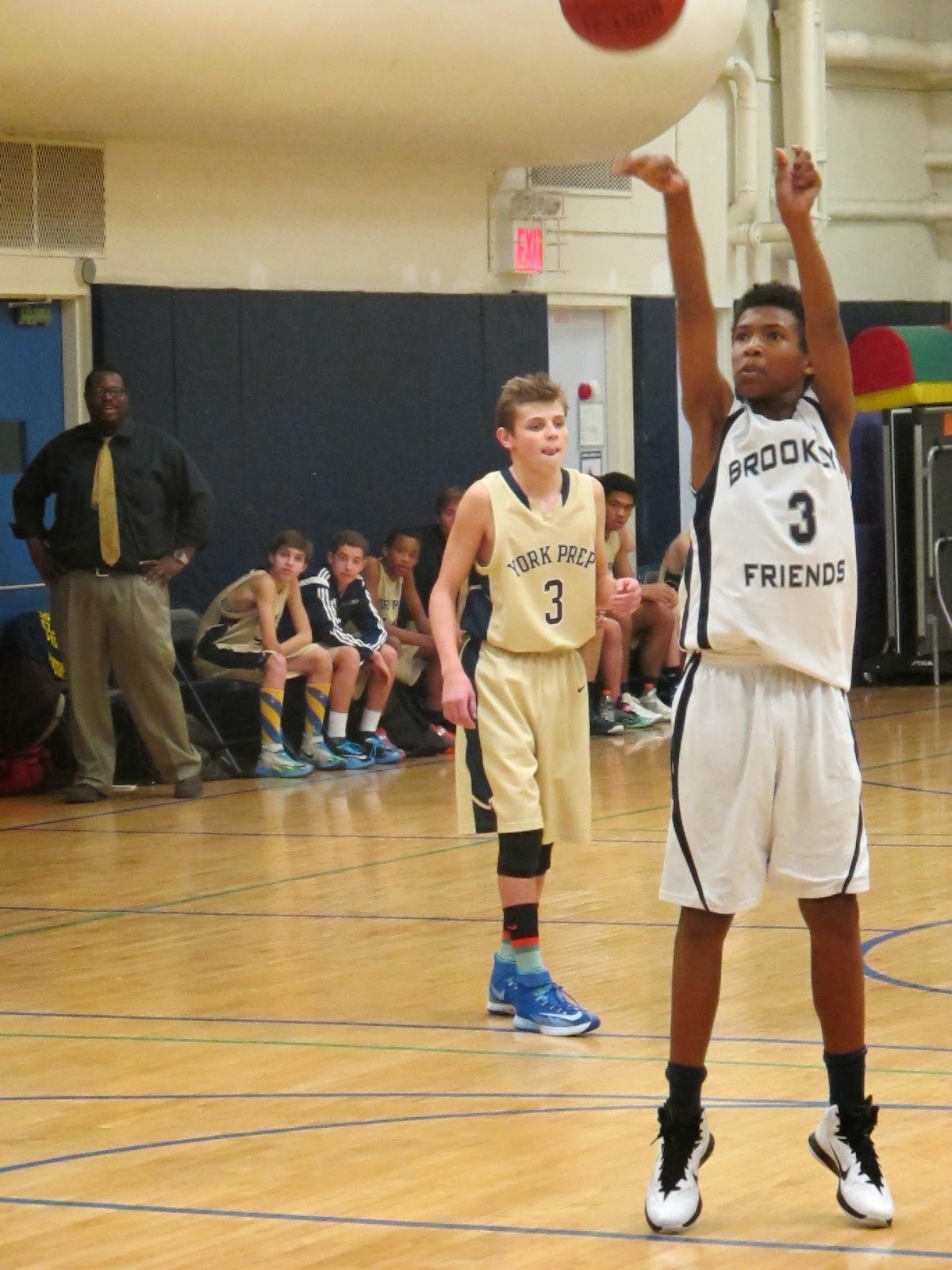 The BFS Boys JV Basketball Team defeated York Prep 51-44 at BFS. The game was very exciting.  It was an up and and down battle from the beginning of the game to the end. This was one of the kind of games where no team really had a comfortable lead to sit on. Miles B. led the team with 35 points, continuing to show his offensive abilities. but the real hero in this game was sophomore Isaac H. with 7 steals, and 10 rebounds. Anytime you have a close game you need a player who can cause turnovers and rebound the ball. Fellow sophomore Maalik D. also came up big as he chipped in with 8 points, 12 rebounds, and 2 blocks. The Panthers will take their 5-0 record on the road as they play against St Ann’s today in non-league action. Blue Pride!! 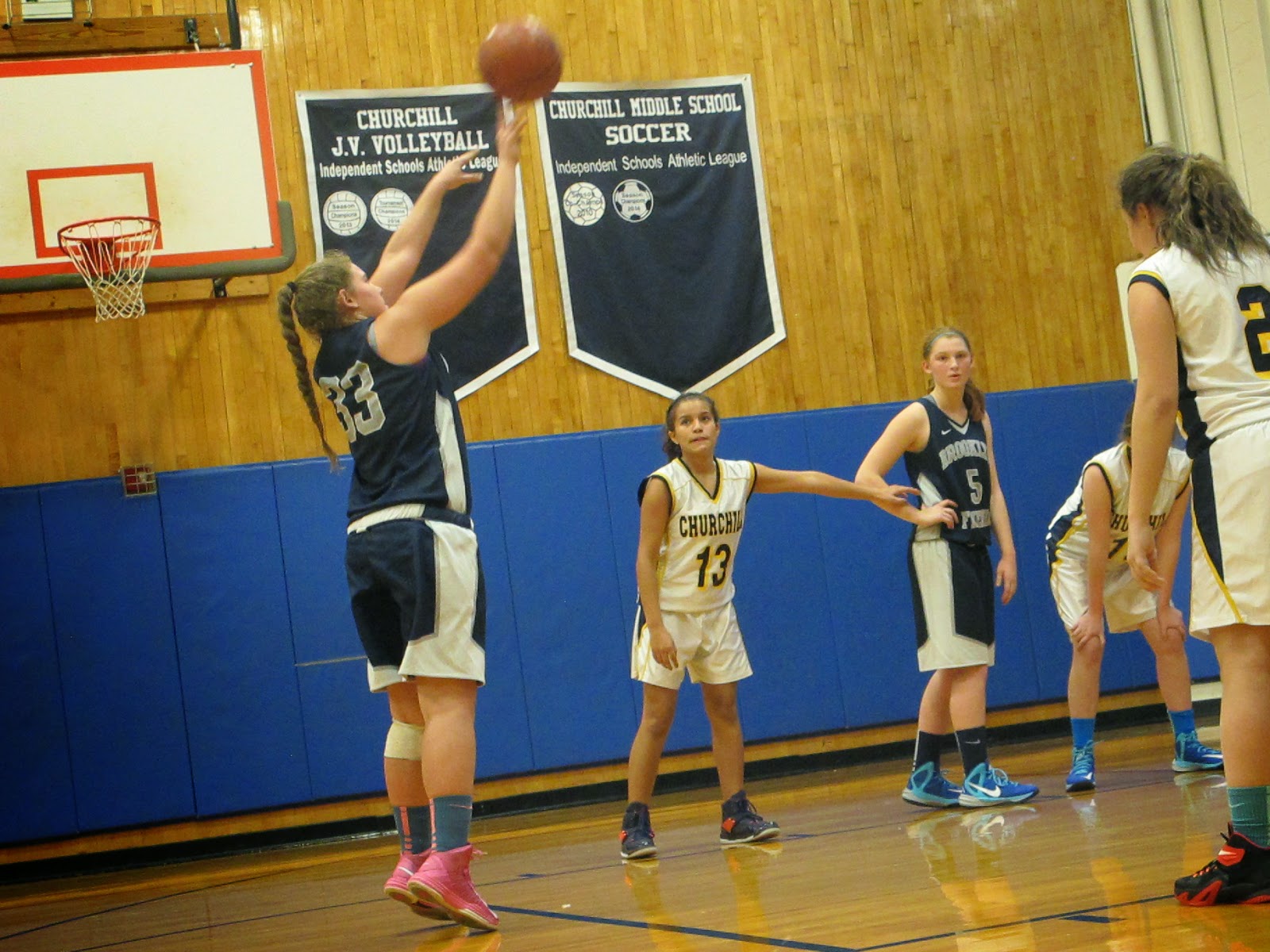 On Friday the BFS Girls Varsity Basketball Team defeated Churchill 35-32 on the road. BFS walked into a packed gym on the Friday afternoon, the music was pumping and Churchill was ready for a game. This was an up and down game. BFS jumped out to an early 16-4 lead in the first quarter.  It was one of the best quarters so far in the young season. Sophomore guard Silvely A. had her best quarter of the season (12 points).  She was in the flow of the offense and made five field goals including a top of the key three pointer that she smoothly swished.  She also got to the foul line four times in the quarter. Both team changed things up in the second quarter and BFS struggled to get back their first quarter ryhthm. BFS found themselves up 20-11 at the half. Over the years BFS and their opponent Churchill have played some every exciting games at Churchill’s court. Coach gave his halftime speech and the girls seemed ready to finish taking care of their business. Silvely once again had a strong offensive quarter. She made three baskets and got to the foul line four times. The team took a 29-14 lead into the final quarter of play.  Today’s opponent never gave up. They kept battling and battling.  BFS found themselves in foul trouble first the first real time this season. Senior guard Maret S-M who had another solid game fouled out. Junior forward Charlotte S. who continues to improve with each minute of court time experience also fouled out. Luckily for BFS they are a team and they have plenty of players to step up.  Junior guard Sierra V. played another great game. She does all the things the things that may not show up in the boxscore. And fellow junior Taty R. has been playing great as she continues to learn the game. Senior Julia C. saw her first action of the season, as did Manya C., and Fatima E-B. Xiana Q. also played. So it was a real team effort. Churchill turned up their energy and intensity and BFS found it hard to score and didn’t take care of the basketball. Churchill scored and scored some more. The crowd got more and more into the game with each Churchill basket as BFS saw its second comfortable lead dwindled down to only two with a few seconds remaining. BFS called timeout with 5 seconds left up 34-32 and called a play to inbounds the ball and try to get out of the city with the important league win. The girls ran the play to perfection. Senior rock Julia B. got the ball right where she was supposed as Sierra calmly waited passionately for her teammates to break and cut. Julia was wide open and could of dribble down the court but she held the ball which was fine as she is a wonderful free throw shooter. She was fouled and went to the line to try to close things out. She took a deep breath and sank the important first one to give BFS the three point lead (she finished with 9 points and 9 rebounds). She missed the second one so BFS had to step it up and get one final stop. Churchill grabbed the rebound took a dribble or two and then launched their final attempt to try to tie the game. They came up just short as BFS held on for the victory. Coach is so proud of his players and team for holding on and coming away with the league victory. The team improved to 2-0 in ISAL play. 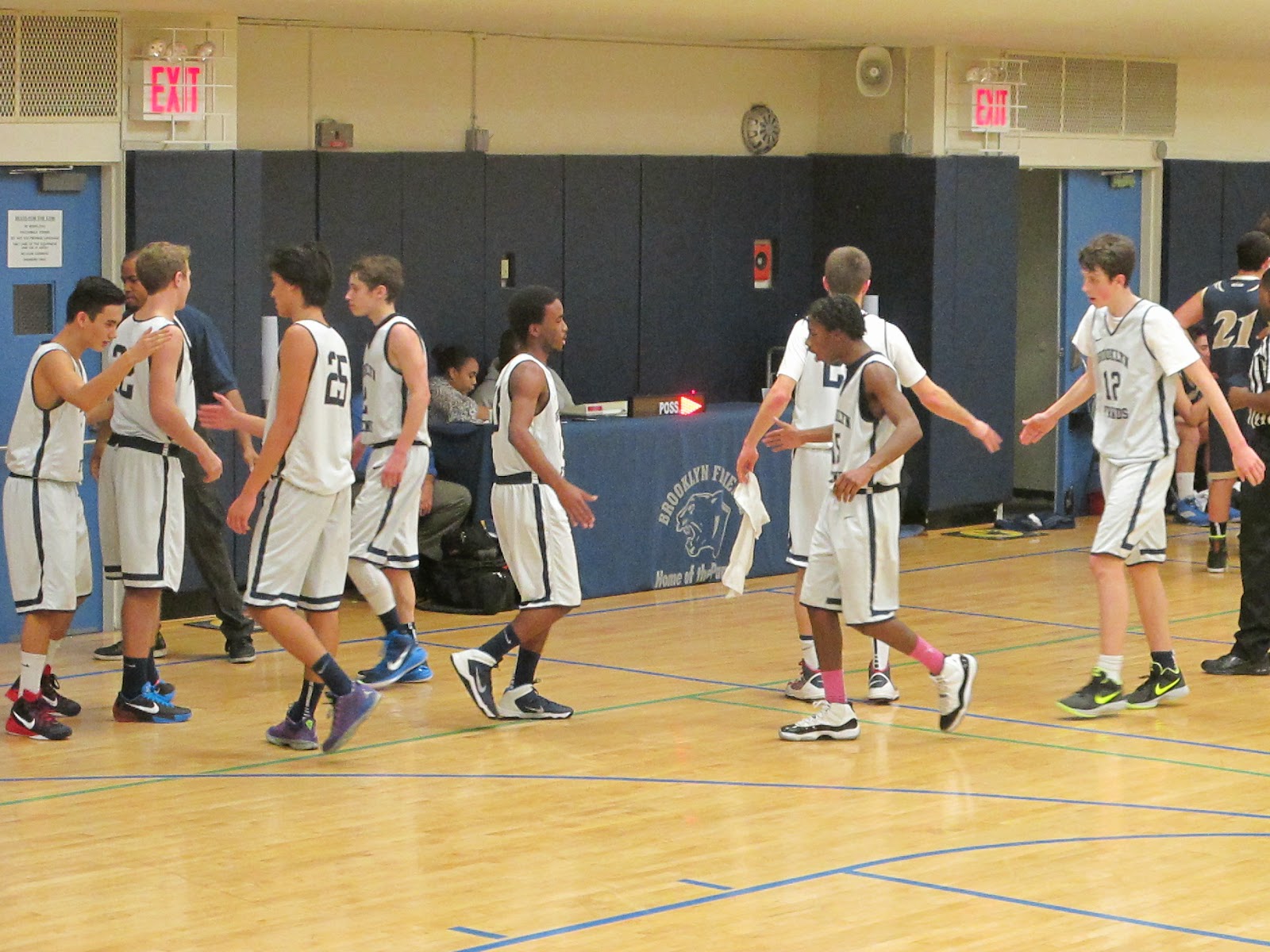 The BFS Boys Varsity Basketball Team defeated St. Ann’s 58-47 on the road. The Panthers traveled just a few steps down the block to face rivals St. Ann’s and came away with an impressive victory! The game was close throughout. BFS took a slim 26-25 lead into halftime. The Panthers started the 3rd quarter strong scoring 20 points and keeping the lead that went as high as 14 at on points. The team was led by junior guard Quran D., as he put on another show with 22 points and 6 steals. Sophomore guard Brendan G., scored 15 points. Fellow sophomore Phil C., scored 6 points and pulled down 10 rebounds, while picking up 2 blocks. And sophomore Charlie S., chipped in with 7 points. Senior Adam W., had 4 points, 9 rebounds, and 4 steals. The Panthers improve to a record of 6-1.