Giovanna received a Gold Key for her color photograph, La Procesión and a Silver Key for her photograph, El Circo. Both images were taken while Giovanna was staying in Seville, Spain. ”I lived with a host family this past summer in Seville. They took me to their family’s house in the country where we spent the day. It was here that I took the photo El Circo, which shows one of the cousins and his dog named Whisky. This photo is dedicated to the kind family that let me into their home and took care of me for four weeks.” Giovanna was also inspired by the rich religious culture around her in Spain. Her photo, La Procesión presents a captivating portrait of a little boy at the religious festival ‘Corpus Christi’ in Seville. Giovanna is actually in IB Theater this year, but was introduced to darkroom photography in 10th grade. Giovanna says that it was there that “Gregg Martin helped me develop my interest and skill in photography.” Hannah Hemmerly received a Gold Key for her color photograph, Frozen. Hannah, who is currently a senior in IB Visual Arts, described her process of creating this piece as “rather spontaneous.” “I was driving home from my grandfather’s funeral in a snow and ice storm with my mother, and I noticed an interesting ice pattern frozen to our windshield. So, fascinated by how it distorted the landscape beyond, I took a photograph.” The resulting image is a stunning abstraction of organic shapes that feels like a tapestry of bold, wintery hues. Hannah became excited by photography during a session of Summer Arts, where the students experimented with 1970s polaroid camera. Hannah looks back fondly on her time as a young artist in Tina Piccolo’s class, where her excitement for art-making was first fostered. “I loved being in Tina’s class. I felt like the room encompassed great artistic energy and the projects given to us in middle school were very enjoyable. My favorite part of every year was painting a still life because it helped with my technique and understanding of color.“ 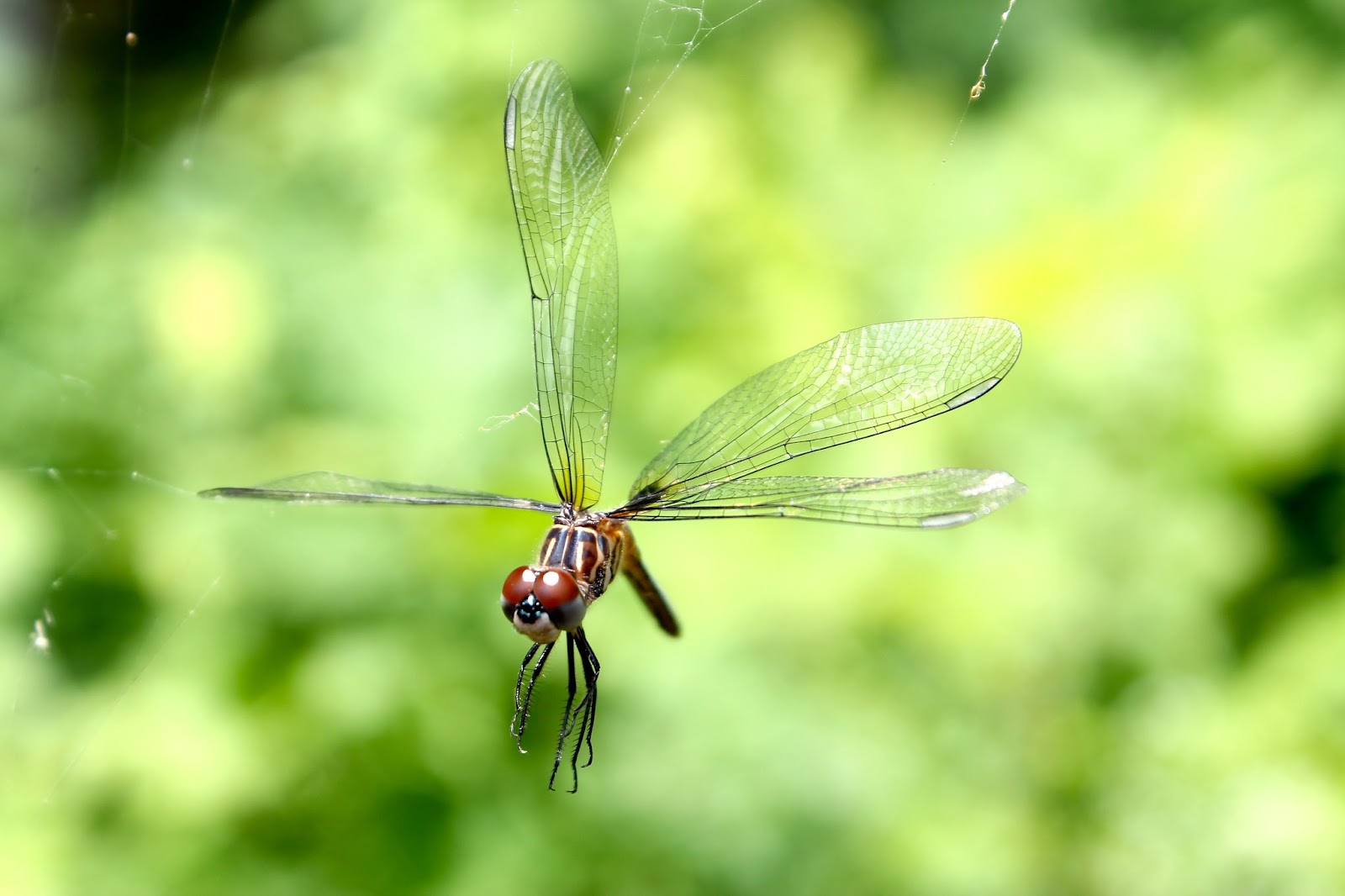 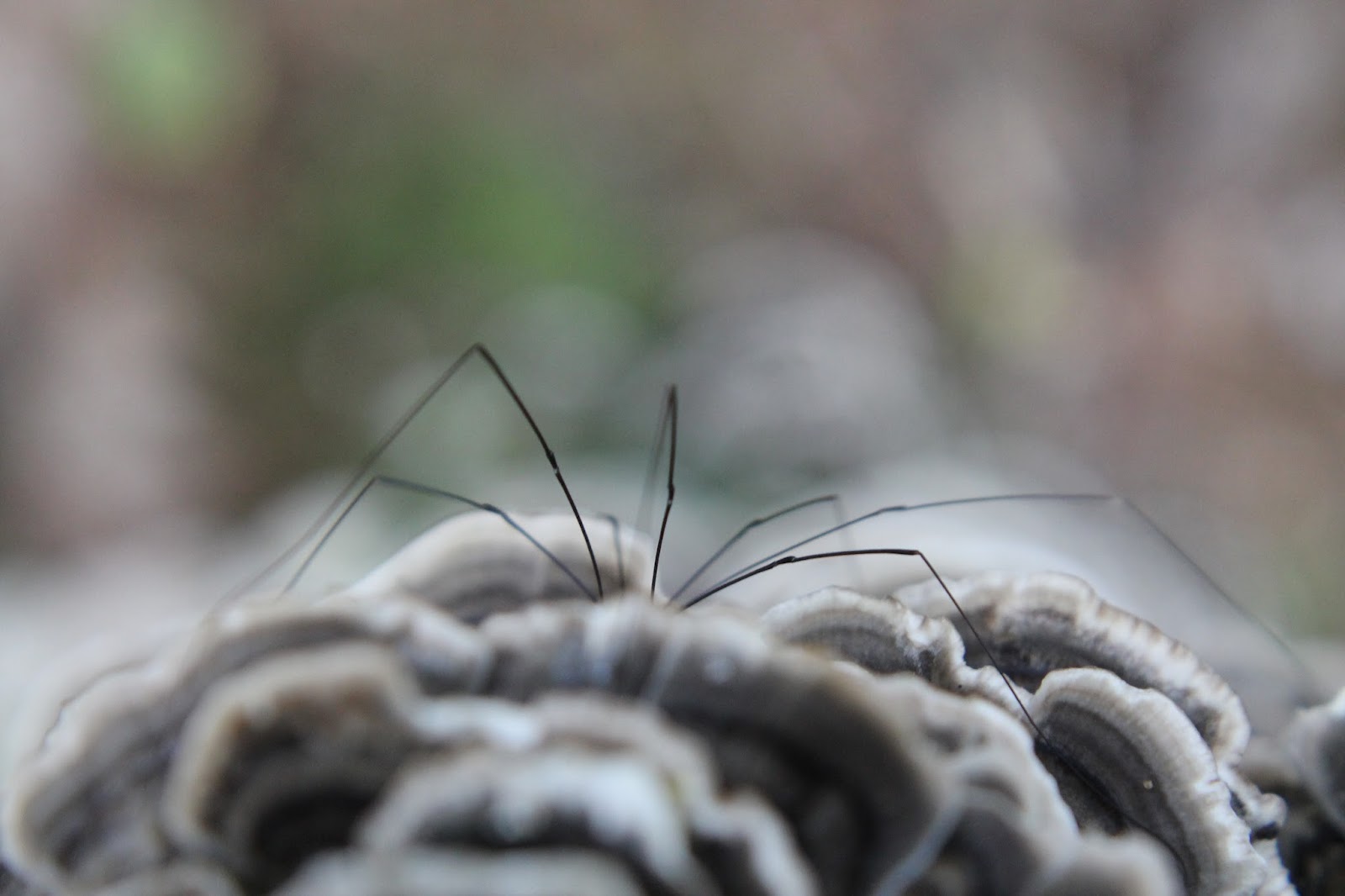 Alex Van Biema received two honorable mentions for his color photographs, Hiding and Caught.
The photos are macro perspectives of two insects; one is a dragonfly caught in a web and the other is a daddy long legs hiding behind a cloud of mushrooms. “I was influenced by my surroundings and the beauty of nature. For the first photograph, Hiding I was in a photography class, at my sleep-away camp, in New Hampshire, and for the second photograph, Caught, I was in the Berkshires walking around Steven’s Lake.” Alex’s interest in photography began when he took a class at the NYU Student Center, called “ID Tech”, where he learned about photography and web design. This is Alex’s first year at BFS.  He is currently taking “Printmaking and Alternative Processes” with Elizabeth, where he is exploring his artistic voice through linoleum and silkscreen prints.
Congratulations to Giovanna, Hannah and Alex!
.