In the context of our study of the criminal injustice system, BFS 10th graders created and sent holiday cards to twenty men who are incarcerated at the Sing Sing Correctional Facility in Ossining, New York.

This study emerged out of the Social Justice Service Learning seminar, in which students selected criminal justice as an issue that they wanted to delve into more deeply. In response to a request from a counselor working with the men at Sing Sing, this opportunity to send holiday cards was a meaningful experience for many of our students. Not expecting any replies, students were moved and inspired when they received several powerful letters like this one from Darrell: 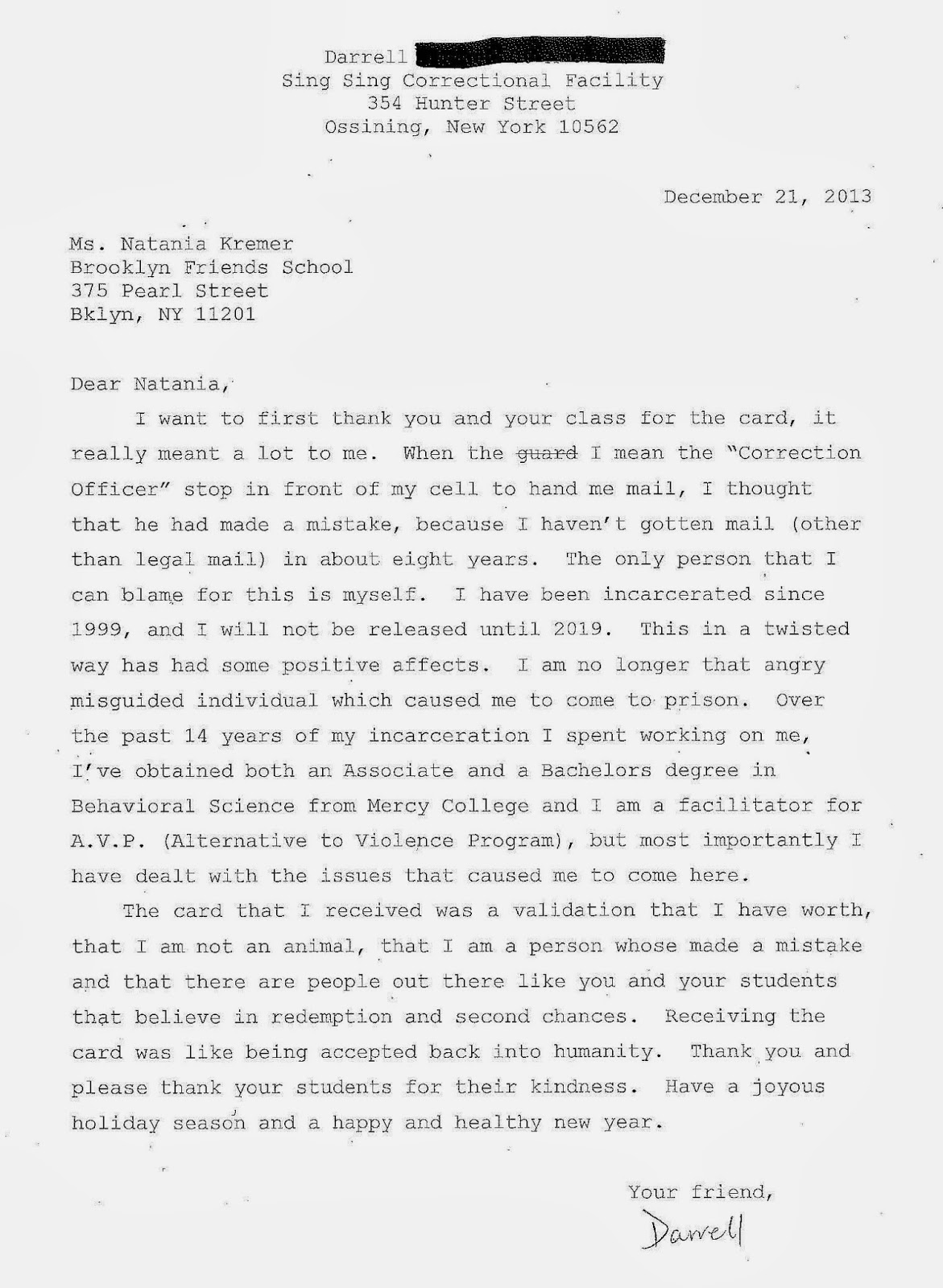 Students reflected on the experience through art, poetry, and prose:
“I was very moved to receive a response. I was always interested in the topic of criminal justice, and that interest heightened this year as we focused more thoroughly on it. It frustrates me that the saying ‘the victor tells history’ often applies to the criminal justice. Growing up in a private school, sheltered somewhat heavily for the first half of life, I (naively), never thought much was wrong with the system we have set in place. Truthfully it wasn’t until we did research this year and I heard from the correspondents at Sing Sing, that the true gravity of these flaws set in. I specifically began to understand how important education was once I received these letters, as many of the correspondents said something along the lines of: ‘stay in school,’ ‘knowledge is food for the brain!’ ‘If I could have the opportunity to tell my story I would.’ I don’t know if I’ve taken my education for granted, but I definitely didn’t view it as a sort of ‘prevention method’. However, after reading these letters, I’ve realized it is. I do believe that in addition to formal education, there should be, for those who are ‘at risk’ (I’m still not understanding how they determine who is at risk; it seems like they just pick the minority who looks ‘suspicious’ and is sagging their pants. I’d really like to find out), some way to connect to inmates just like we did. I feel that inmates have been silenced, when it may just be their voices that will decrease the school to prison pipeline and recidivism rates. Bottom line is, whatever it is the prison systems doing right now isn’t working, so they need to do something different.”

“I was one years old when he went to prison and I’ll be 21 years old when he gets out; the world has changed so much in a decade that it’s remarkable and he hasn’t seen anything since 1999. I just think that the prison industrial complex can change people so much… I grieve for people who are incarcerated for a long duration but at least they have a chance to reflect and they have a chance to get back onto the right path.” 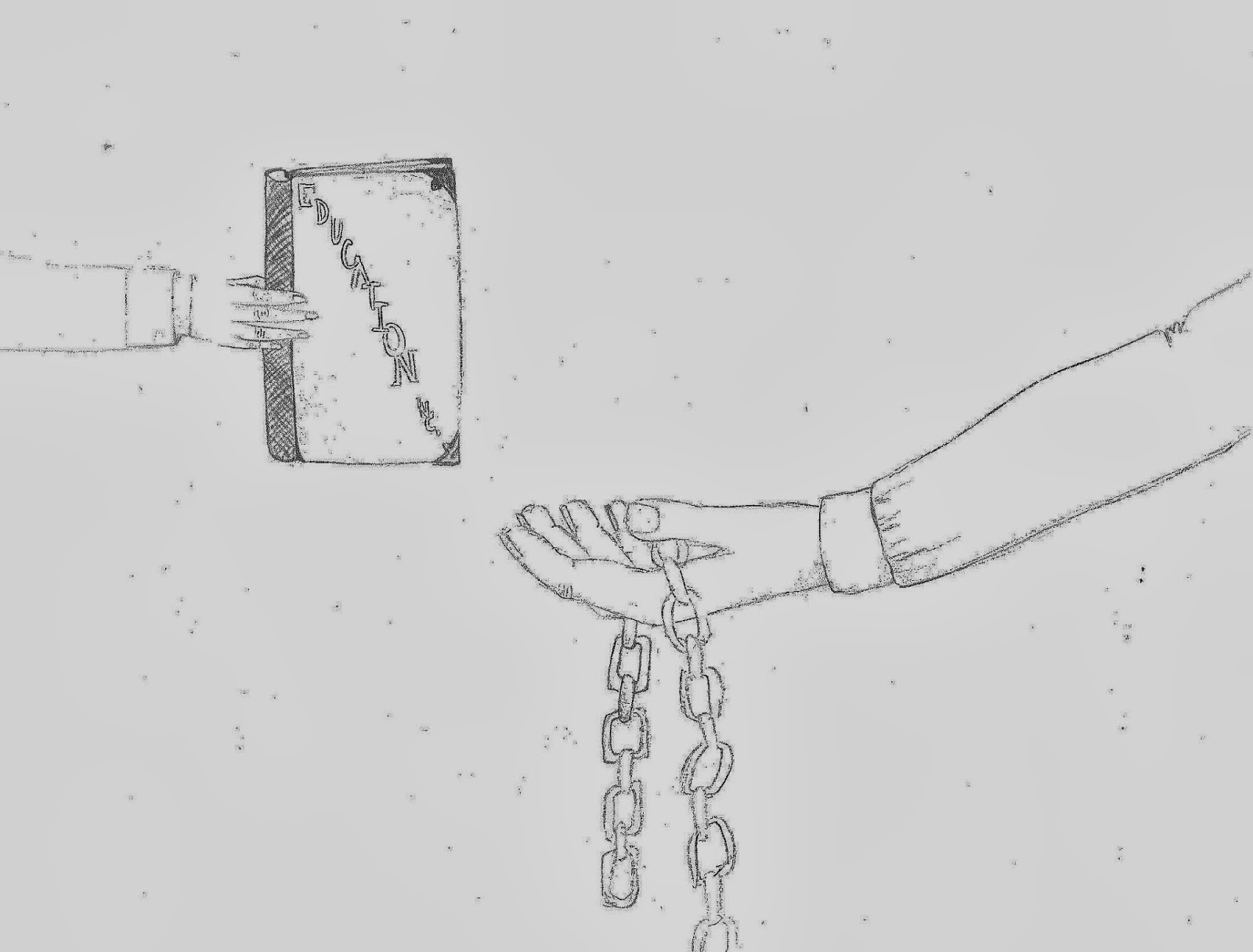 “Locked away, slips of paper shining brighter than peeps of sunlight.
A place where light doesn’t reach the people.
The only light that reaches them is that which they seek from enlightenment.
Lost causes in a past long ago,
new chances in a future yet to come.
Slips of paper reaching their hand,
surprise, surprise.
Reading good tidings and wishes from a new generation.
Teach the children.
Teach the children.
The casualties of one shouldn’t be the casualties of all.
Warn the children.
Warn the children.
A message to one and to all.
Tell them about inside, about how it’s cold.
Tell them to keep their minds fresh, and to never forget.
So that they may later on leave to write a poem, and proceed to intricately reflect.”
“Darrell’s letter taught me something about the life of prisoners and how a person can really change their entire personality while in prison… Darrell has spent the last 14 years working on himself as a person and I admire him for this. While others in the same prison could have blamed the world for their mistakes and chose not to change, Darrell had ambition and decided to do deal with the issues that caused him to be where he is in life now.”

“This letter inspired me. Because this past quarter my grades weren’t good. And after turning 15 I’ve realize that I need to put my life back together- reprioritize things, because for the past year and a half, I have dedicated my time to the wrong parts of my life. These letters have opened my eyes to realizing that there are greater things in life than the little things I stress over and that a good education (like the education I have received as a BFS student) is the guiding line to a good life and to making something of myself.” 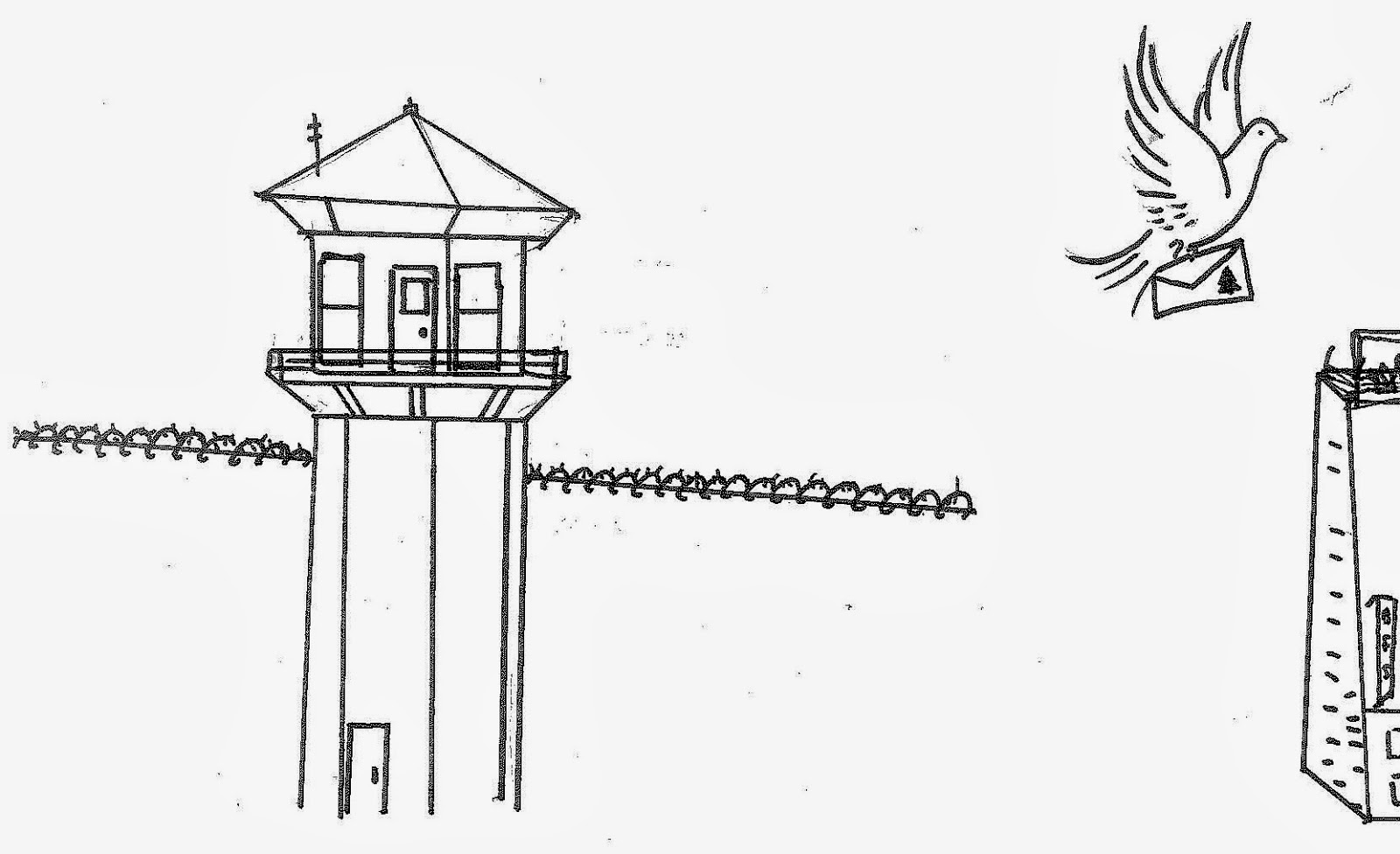 “I loved the response from Darrell, who said that our letter had made him feel like he has been accepted back into humanity. It made me happy to see that such a simple thing as a letter could make a person feel like a person again…I would love to continue a correspondence with any prisoner if it meant they could feel like a human being again and I also love to talk to them about how they feel prison takes away your humanity or is it the crime they committed to get in there? I would also love to find out their views on race and how it intersects with the conditions in prison and the kind of taboo prison has.”

As part of our exploration of the intersectionality of race, class, and gender within the criminal injustice system, we recently read the Introduction to The New Jim Crow: Mass Incarceration in the Age of Colorblindness by Michelle Alexander, which is a powerful resource, particularly as we remember and honor the contributions of Dr. Martin Luther King, Jr. For anyone who is interested, Michelle Alexander will be speaking with Khalil Gibran Muhammad on the “Racial History of the American Criminal Justice System” as part of a free talk at the Schomburg Center for Research in Black Culture on February 18th, 2014 from 6:30-8pm.